You are here: Home / In Business / Big Price Tag on Counterfeit Software
In Business  |  By the Numbers  |  June 2013 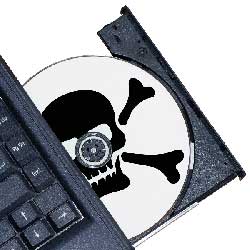 Unwitting piracy is a “surprisingly large problem” in the United States, says Peter Han, Microsoft’s vice president of original equipment manufacturing in the U.S. Counterfeit software has become harder to spot — instead of packaging with misspellings and poor printing that made the counterfeit product fairly obvious, packaging now is more sophisticated, “even with some duplication of the hologram that appears in our software media that carries our code,” Han notes. The reason, he explains, is organized crime syndicates have entered the field once held by small-fry mom-and-pop counterfeiters. The FBI is now actively involved in helping the U.S. government and trade representatives track down the syndicates, which may span continents.

In addition to infecting a user’s computer with malware, spyware, adware and tracking cookies, counterfeit software can compromise operations with authentication backdoors — which can open the affected computer to vulnerability at a later date — Trojan horses and keystroke-capturing software. Says Han, “The prosaic danger is the software won’t do what it’s supposed to do” — and the end user can’t get a document produced or cover a vulnerability, for instance. But a more subtle and insidious problem he points to is a person’s loss of trust. “People lose confidence [in the company’s IT department and] in the quality of the software, and focus more on problems than the productivity they need for the business.”

Borrowing is one source of pirated software (16 percent); some even is purchased at specialty computer stores (3 percent) and direct from the manufacturer (4 percent). But the major source is the Web because the electronic download sites — the channel through with this counterfeit software moves — have a huge volume and no policing, Han explains. Smaller companies may make the decision of acquiring software from such sites from a fiscal standpoint, because it looks like a way to save a little money. Indeed, consumers and small businesses are the most targeted, according to Han. But he notes it can happen even at large enterprises, if the CEO or IT staff isn’t watching closely.

Users can protect themselves by checking the sites microsoft.com/genuine and howtotell.com. Han also recommends “common sense” precautions such as making sure the packaging and documentation is high quality and there is a certificate of authenticity and an end-user license document. Victims of counterfeit software should get the software off their computer right away, to eradicate the source of potential problems, and report it to Microsoft, who will map it into a global database and give the information to the FBI.