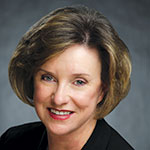 The healthcare landscape of Arizona is undergoing a dramatic change. Whether you are an individual recipient of healthcare benefits or an employer weighing the best healthcare options for your business, the bottom line is we are navigating uncharted waters.

While there has been much speculation on how President Obama’s Patient Protection and Affordability Care Act will impact businesses, the State of Arizona and a number of hospitals have already begun to prepare for the implementation of PPACA on January 1, 2014. At our hospital recently, Governor Brewer announced the need for Arizona to expand coverage under the state’s version of Medicaid known as the Arizona Health Care Cost Containment System. The approach of expanding coverage under AHCCCS would have a direct impact on cutting the number of uninsured in the state and lowering insurance costs for businesses. Additionally, an expansion will cut uncompensated care that is currently being absorbed by hospitals and ultimately passed on to consumers. Such an expansion would also have the effect of injecting nearly $8 billion into our economy over the first four years alone. This means thousands of quality jobs in every part of our state.

The proposed expansion of AHCCCS would be funded by a provider assessment, which cannot be passed along to patients or insurance policy holders. This approach would free the State’s General Fund dollars which otherwise would have been directed to AHCCCS. With State Medicaid expansion, the funds could then be redirected to other state government priorities such as education and public safety without the need to raise taxes. This fiscally responsible approach will further strengthen Arizona’s reputation as a top choice for businesses to locate.

The opinions of health insurance carriers, benefits brokers, medical associations and physician practices are additionally featured in this issue’s cover story by In Business Magazine editor RaeAnne Marsh. Healthcare is also the topic of this issue’s technology feature with Don Rodriguez, who examines the impact of technology’s role in advancing healthcare.

This issue’s finance feature also looks at how foreign direct investment is impacting our local economy, where writer Amy Handler takes an in-depth look at Phoenix as one of the nation’s hot markets.

In his article on performance management, Pietro Micheli, Ph.D., examines the often flawed assumptions business owners make in applying performance management advice. Doctor of Management Ray Benedetto’s “Roundtable” discusses the fallacy of “hero leadership” and how an organization can succeed when its leader suffers a public fall from grace. And in the first of a Legal education series, Lewis and Roca attorney Thomas Morgan provides legal insight into common corporate structure issues. This issue also features the In Business Magazine Healthcare Guide!

With the magazine’s broad coverage of issues and topics important to business owners in all sectors, I am pleased to be the guest editor of this month’s In Business Magazine “Healthcare” issue.

Since taking the helm of Arizona’s only public hospital system in 2005, Betsey Bayless has led a financial turnaround of the organization and implemented numerous significant changes. Professional recognitions include the Arizona Hospital and Healthcare Association’s 2011 “Honoring Our Professionals for Excellence” Healthcare Leader Award.

Bayless’s career in public service includes Arizona Secretary of State and board chairman of the Maricopa County Board of Supervisors. Active in community service, Bayless received the 2005 Valley Leadership Woman of the Year Award and is a member of the Greater Phoenix Leadership and numerous boards of directors.