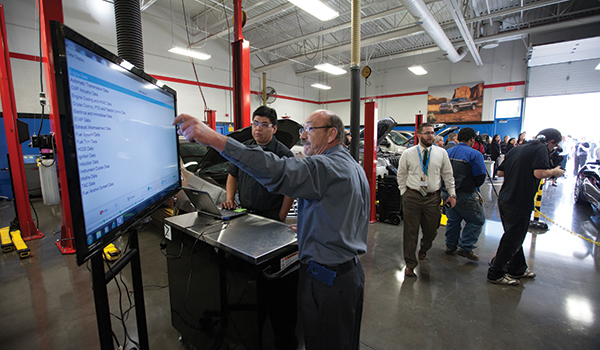 “There is a huge appetite for having certified technicians in the marketplace,” says Michael Romano, campus president for Avondale for Universal Technical Institute. The Scottsdale-headquartered, nationwide institute is launching a General Motors Technician Career Training, which it developed with General Motors and Raytheon Professional Services.

The demand for automotive service technicians is projected to grow nearly 20 percent by 2020, generating approximately 125,000 new jobs nationally, according to the Bureau of Labor Statistics. General Motors anticipates a need for an estimated 2,500 professional automotive service technicians annually. The GM Technician Career Training will fulfill a steady flow of well-trained, ready-to-work technicians to GM dealers and affiliates, and UTI graduates will benefit from a specialized factory-level education that gives entry-level technicians a 5- to 10-year jump-start in the industry and continued education for those already in the industry.

The electronics associated with today’s car engines can require more than 70 computers, and technicians need an in-depth understanding of the specific manufacturer. Explains Romano, the only way dealerships and other automotive shops get paid by the manufacturer — serving the consumer, who expects the work to be covered by warranty — is to show the work is done by a credentialed technician. “It’s an extreme revenue stream for dealers and shops,” he notes.

According to Romano, UTI remains conscious of not over-saturating the markets, and builds the program as it cultivates relationships. “We don’t like to just blanket it across the system, but build it over time to make sure it is meeting expectations.” UTI is launching the GM training here, recognizing the demand locally. The program began in January and will graduate its first class in April.