You are here: Home / In Business / The Art and Science of Fundraising Campaigns
In Business  |  Nonprofit  |  February 2017

The Art and Science of Fundraising Campaigns 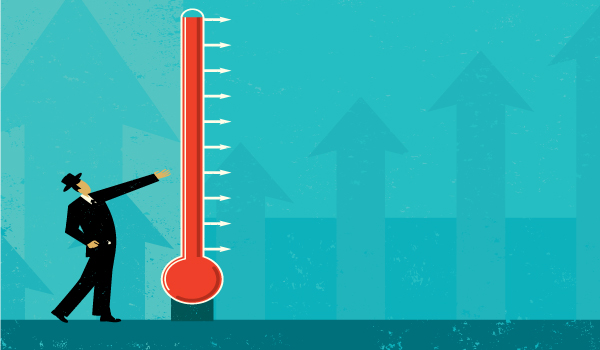 Successful fundraising campaigns don’t happen without planning. In the early stages, they draw heavily upon discipline, rigor, organizational tools and processes — the science of good campaigns. Art also plays a crucial role — the art of adaptation and fluidity.

No one knows that more than San Diego State University’s Mary Ruth Carleton, vice president of university relations and development, and Sacramento State’s Vince Sales, vice president of university advancement. Both have prepared their nonprofit boards and executive leadership teams to adapt to the inevitable challenges that come hand-in-hand with campaign initiatives, despite the best-laid plans.

Executives sitting on nonprofit boards who champion campaign science help ensure success from the start. They acknowledge the need for internal assessments, external market research, goal setting, planning and timelines. They understand that, like corporate projects, campaigns should be grounded in solid budgeting and revenue analysis. They support marketing research and campaign theme development, coaching for volunteer leaders, and investments in prospect and wealth screening tools to identify donors. They support science.

“It helps to have a plan,” says Sales of his university’s campaign, now in its second-year “quiet” phase. “This is not a sprint. There is a plan — a science and an art — to making the campaign successful over the eight-year period we have identified as our strategic focus.”

Some things, however — ranging from executive and volunteer leadership changes to economic downturns — cannot be planned for. Consider San Diego State’s $500 million campaign that kicked off in 2007 at the start of the worst economic recession in U.S. history.

“We lost 30 percent of our endowment, our staff was cut from 100 to 75, and we had mandatory work furloughs,” says Carleton. “Trying to keep everything positive was a challenge, but we envisioned where we wanted to go, put our heads down and kept doing what we said we were going to do. We stuck to the plan.”

When the campaign concludes in summer 2017, Carleton’s team is on track to surpass its goal by $300 million. The key, she says, was the art of communication. “Early on, our president briefed board members about the complexities of San Diego State so that they could articulate to donors what the university was about.” Board members also received scripts to aid in talking to the public and were introduced personally to students. “That really inspired the board — hearing a student’s dreams — and kept up a passion for the campaign.”

Says Carleton, “We formed a group of development and senior staff to regularly meet with deans to go over issues, what the concerns were, how we could work together better, and how we could support them.”

Sales worked in a similar fashion, sharing as much information as possible with constituents. “We created Campaign Colleges — training sessions six times a year — for deans, development staff and board members.” Topics have included how to set up a conversation with a major donor, the tools and technology used by development staff to identify donors and determine capacity, and branding and messaging.

“We had to be flexible and respond to our stakeholders,” says Sales of volunteers’ early requests for campaign communications, messaging and branding materials (usually revealed during the later public phase of a campaign). “We saw this as an opportunity for engagement, not a departure from the plan. We wanted to give them the tools to talk about the campaign and, at the same time, create a mechanism for their input.”

Carleton agrees that adaptability is an art form, especially when unidentified fundraising opportunities arise and demand immediate prioritization. “We raised money for projects not even on our radar.” Among them: a veteran’s program with a housing component, a foster youth program, a basketball practice facility and a new engineering building. “It was key that we were nimble and able to adapt to new ideas.”

Indeed, organizations whose leaders start with science, then convene regularly to discuss campaign hurdles and approach them with realism, open-mindedness and an eye toward opportunity, are able to weather unforeseen circumstances, seize unforeseen opportunities and still meet their goals. Because, at some point, as Sales and Carleton have illustrated, it’s “going to get messy” — and that’s where good art comes into play.

The smooth path to generating revenue from initial campaign gifts in a timely manner is often challenged when donors:

The key to navigating these cash flow and scheduling delays — the art — is offering creative solutions, ranging from incremental and cumulative giving options to new initiatives that still meet the campaign’s goals — or even adjusting the roll-out strategy of capital projects based on cash flow.