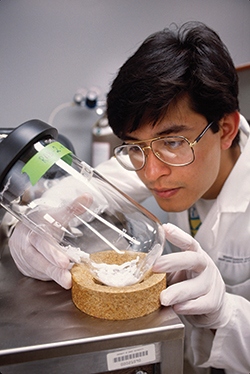 The American Cancer Society will once again welcome guests to enjoy an evening of Arizona’s glorious spring weather as it hosts Picnic Under the Stars at the Phoenix Country Club on May 4. The outdoor picnic vibe will be French, though, with the French theme carried through food, music and a backdrop of Paris’s night sky setting off the stage for the event’s presentations.

“It’s nice to have it outside. It’s a more relaxed gala,” says Maraka Mason, distinguished events director here in Phoenix. The move to an outdoor venue was made in 2011, Mason explains, to celebrate the 50th anniversary of Phoenix’s first American Cancer Society gala hosted by Mrs. Robert Goldwater in her backyard. Dinner and silent and live auctions will fill the first part of the evening, then the rest of the night will be given over to dancing to the live sounds of the celebrated local band Groove Merchants.

The Phoenix office of the American Cancer Society is one of hundreds of local offices through which the national organization — which celebrates its 100th anniversary in May — reaches and serves local communities. It hopes to raise $400,000–$500,000, the majority of which will be used for services locally as well as for research.