You are here: Home / In Business / Alana Mann: Diversity Proved Key in Developing the Legacy Company
In Business  |  From the Top  |  October 2017 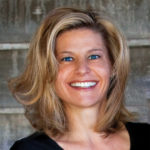 Residential real estate development, building and investing has, historically, been a male-dominated industry, so for Alana Mann, owner and president of Scottsdale-based The Statesman Group, it’s been all about changing people’s perspectives.

In the late 1990s, Mann took the helm of U.S. operations for her family’s 40-year-old business and was tasked with moving the real estate development company to Scottsdale from Alberta. The initial one-woman Scottsdale operation now has more than 75 employees and more than 14 developments across the country.

“I’m inspired knowing that The Statesman Group is a legacy company originated by my father and expanded by my family,” says Mann. “Both my mother and father were active in different roles at the company, and now all four children are working in some capacity in our family of companies in the U.S. and Canada.”

Today, Mann is working on her sixth development project in Arizona with The Cays at Downtown Ocotillo, one of the first luxury condominium communities in Chandler. Mann was drawn to this opportunity after recognizing the need for luxury multifamily living in the East Valley, particularly as the nearby Price Corridor started being dubbed “a version of Silicon Valley” thanks to major companies opening campuses in the area. The first of four residential buildings of the 278-residence project is nearly sold out and construction is underway on the second building.

Mann’s background in residential development in the Valley goes back to 1998, when she completed the company’s first U.S. project, The Manor Village of Scottsdale. With nine locations across Canada and the U.S., The Manor Village Life Centers offer superior senior care in a well-appointed setting for residents needing independent living, assisted living or memory care. “The creation and development of Manor Village Life Centers is one of my biggest professional accomplishments,” says Mann. “Every time I walk through the lobbies of our Manor Villages, I feel so rewarded from all the smiles and endless hugs from our loving senior residents. Through all the chaos and hustle in our society today, they teach me to appreciate the true essence of life.”

With the momentum of the first Arizona project under her belt, Mann turned her attention to Bella Vista in Scottsdale, where she was the first developer in the Valley to pioneer underground parking within a residential community in Scottsdale. She had to bring in a Canadian construction team to handle the project since nobody local had done it before.

Mann then sought to expand the company’s condominium holdings and broke ground on the 50-acre Toscana at Desert Ridge in Scottsdale. In the midst of construction and sales, the Great Recession hit and Mann and her team quickly shifted gears to tap into the company’s Canadian network, focusing efforts on second-home buyers.

“During the Great Recession, we had the foresight to restructure how Toscana ran, which included heating all pools year-round; hiring a full time, on-site concierge to book adventures, golf tee-times and dinner reservations; increasing our lifestyle staff; and hiring night managers,” says Mann. “All this was necessary to provide the level of services and amenities that our Canadian and Northern U.S. owners desired while escaping the cold winters, and, as a result, we sold 124 condos in just six months.”

From this, Mann dove head-first into property management and created the Toscana Management Properties Program that allowed existing condo owners, as well as new condo buyers, to offset costs through the efforts of her professional rental management team. It was her goal to work with the existing owners to help them stay in their homes, sell new condos and maintain the overall integrity of the community, all while the economic climate was tumbling. “Other developers thought we were nuts, but we knew that we had to revert a traditional condominium into a lifestyle resort in order to attract the current buyers and survive the Great Recession without compromising the integrity of our community.”

Fast-forward to today and Mann has expanded Statesman from a residential developer, founded by her father, to a multi-divisional developer, builder, investor and manager of condominium, multifamily, resort and senior living communities throughout North America.

“My father used to always tell me, ‘This business will get you if you put all your eggs in one basket,’” says Mann. “Diversity and innovation are key.”