Getting Fit for Summer 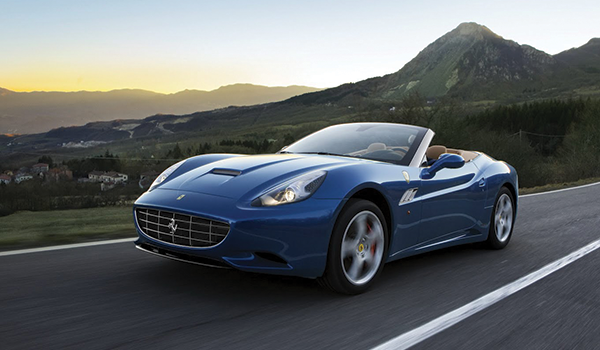 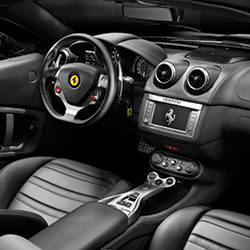 Leave it to the new “commercial-minded” Ferrari to further incorporate the California lifestyle into the namesake 2013 Ferrari California. Weighing less and reconfigured to maximize its muscle, this folding-hardtop sports coupe is living up to the hardcore Ferrari enthusiast’s expectations with better handling and more power.

Meant to be the “every driver’s Ferrari,” the California entered the market just three years ago and has boosted the exclusive car maker into a bit more of a mainstream choice. More than 20 percent of the car’s owners use their California on a daily basis.

The re-mapped engine and new exhaust manifolds make the V8 direct-fuel-injected engine 30 horsepower faster with a maximum of 490 hp and 372 lb-ft of torque. Satisfying the complaints of a very few who felt this model should be faster, the California has also slimmed down. With cutting-edge aluminum fabrication techniques and reengineered construction technologies by the Scaglietti Centre of Excellence on its chassis, the 2013 California weighs 30 kg less and maintains the structural rigidity and performance.

With a retracting, storable hard-top and a trunk with some “real” space for storage (even when the top is tucked away), it is no wonder the California is quickly becoming a practical choice for those never having thought a Ferrari was right for them or their lifestyle. Inspired by the 1957 California 250, some of the styling incorporated includes the air intake on the bonnet and the side air vents. For the first time, the back seat bench folds down to expose the trunk space, allowing for a set of golf clubs, skis, a snowboard or even two suitcases for that quick trip out of town or a pick-up of a friend from the airport. Smooth, curved lines that speak to the classic Ferrari elegance and styling are well incorporated and unchanged from last year’s model. 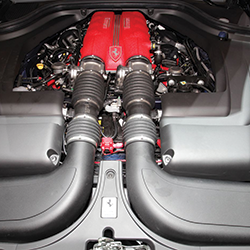 Refined, sporty interiors will impress with the expected attention to quality and design described as “couture.” A touch-screen display is centrally located for ease of use of controls while handling this powerful machine and is complete with technology and options that cater to the needs of the high-life clientele known by Ferrari.