We’re Stuck in a Success Crisis!

And the workforce impact is only beginning, as it is affecting our kids, too 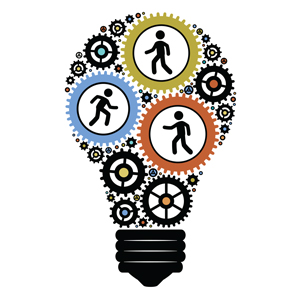 Success and leadership have gears — and we’re not shifting them correctly. We’ve gotten stuck in the “more-better-faster, what-have-you-done-for-me-lately, too-busy-racing-around-to-enjoy-our-lives” gear. We’re over-fed, under-nourished, over-medicated, under-rested and under-satisfied. Think of the wear and tear trying to drive everywhere using only one gear — second gear — would put on a car. That’s what’s happening to most of us and most of our organizations.

Our kids understand this intuitively and they’re speaking up. In interviews, many teens have told me, “I don’t want to be successful!” But why? “Because if you’re successful, you never have time for family, friends and fun. You’re always working. Your boss never appreciates you and keeps asking for more.” No wonder they don’t want to be successful! Let’s stop and take a closer look at what’s off. And how to correct it.

When we drive, we shift gears up and down as circumstances require, or our automatic transmission shifts for us. As we succeed and lead, we need to shift, too — but we aren’t.

When is each gear needed? As we succeed …

First gear is for starting and restarting, learning and relearning;

Second gear is for accelerating performance, producing and competing; and

Third gear is for breaking through outmoded approaches to creativity and innovation.

But here’s what’s confusing: We use the word “success” as though it means the same thing all the time, but it doesn’t. What we mean by success is quite different in each gear. And the leadership we need in each gear is quite different, too. This is what our kids don’t realize and we haven’t either, until now.

Success in first gear is carefully following rules and regs so we can perform our new skill safely and effectively. Then the meaning of “success” shifts, and what we need from our leaders shifts, too.

Success in Second gear is weeding through beginner’s rules and devising shortcuts so we can produce more quantity, more quality, more customers, more profit, in less time with fewer people. (It’s the more-better-faster gear our kids want to avoid but will need in the future, like it or not.) In second gear, it’s time for more freedom and independence, timely evaluations and easy access to leaders. When we feel our gears grinding, our bodies getting more and more stressed, and our return-on-effort steadily diminishing, we need to shift to third gear.

Success in third gear is creativity, innovation and collaboration so that we can continue to advance our industries, organizations and careers. In third gear, we begin leading our creative projects, and reach out to others for support and expertise.

Unfortunately, most people fail to shift into third gear. And by disproportionately incentivizing and bonusing second-gear activities, Corporate America is multiplying the problem, impacting businesses’ bottom line as well as resultant family and health issues. This complex interaction of misused success and leadership errors is producing the “success crisis.”

Overusing second gear also means underusing first and third gears. It results in squeezing out the time we need to replace outdated systems and equipment (first) and eating up the time we need to think about the future we want (third). We need to pause to re-think, and to pre-think.

Today’s business leaders need to evaluate how effectively each success and leadership gear is being used in their organization. Is everyone being taught how to succeed and lead in all three gears, clarifying the timing, purpose, keywords and key behaviors of each one?

People are smart. They do what they’re rewarded for. Business leaders need to take a fresh look at which behaviors their organization is incentivizing. What unwritten, unconscious instructions is the organization sending? Are raises and bonuses in place for successes in all three gears?

In first gear, what incentives are there to encourage employees to learn and relearn? Are they allowed enough time to get up to speed before they have to start using new skills and systems? Do they see the organization’s leaders learning and relearning as well?

In second gear, what measures of productivity and teamwork is the organization rewarding? Is it incentivizing the behaviors it really wants? Or is leadership inadvertently rewarding behaviors they don’t? Which gears do the employees see their leaders using?

More Third Gear: When Blake Ross was a teen, it was obvious he wasn’t going to travel the conventional path. When he was 14, he told his parents he wanted to do an internship in Silicon Valley — and they got behind him. Still a teen, this self-taught coder co-founded Mozilla Firefox and sparked a global phenomenon.

The environment we provide our employees and kids makes a vital difference to their ability to operate in third gear and bring others into third gear with them.

When the El Cortez Hotel in San Diego planned to install a new elevator system, the project engineers planned to cut a shaft through all floors at great cost. They had already drawn the plans when a janitor heard what they had in mind and offered a third-gear suggestion: Instead of closing down for two years and creating a mess inside, how about keeping the hotel open and building a new elevator its exterior? At the time, an outdoor elevator had never been done, but the engineers investigated it and proved the idea workable. Today, we find outdoor elevators on buildings worldwide and enjoy great views as we ride up and down.

Susan Ford Collins is the creator of The Technology of Success, a leadership system used in more than 3,000 training programs in major corporations and organizations, in startups and turnarounds. Responding to public interest, she took her 20 years’ experience shadowing and coaching individuals recognized as “highly successful people” and wrote The Joy of Success, Success Has Gears and Our Children Are Watching.