The ROI of Corporate Training 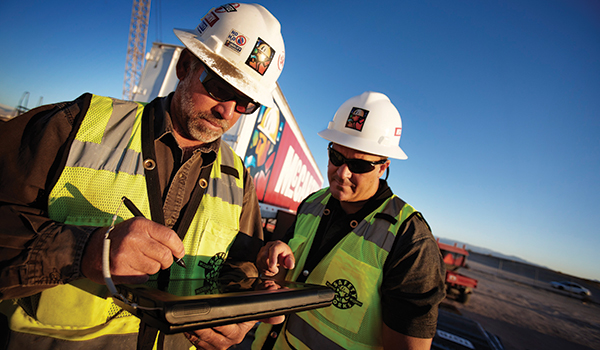 While difficult to measure a dollars and cents return on investment (ROI) for corporate training, Corporate Voices for Working Families, the leading national business membership organization representing the private sector voice on public policy issues involving working families, suggests it be calculated by subtracting the cost of investment from the present value of benefits, multiplying by 100, then dividing by the cost of investment — with the caveat that a great many ROI factors cannot be monetized. Everyone interviewed for this story — not least of all McCarthy’s Scopetti, a seven-year veteran of the company currently serving as senior vice president of operations and business unit leader for water services in the Southwest — says the corporate training, whatever the cost, is, to paraphrase the Mastercard commercial, priceless.

“A better question than ‘what does training cost?’” says Nancy Stephens, associate professor of marketing at the W. P. Carey School of Business at Arizona State University, “is ‘what is the cost of not doing this training?’” Three years ago, Stephens developed an eight-course sequence aimed at improving customer experience, available exclusively online to clients worldwide, including Arizona-based Honeywell, the global, multinational, Fortune 100 company. The aerospace juggernaut has run some 1,400 employees through the ASU training program at a cost of “six-figures,” according to Pat Cramer, Honeywell’s director of aerospace learning, to resounding success. “It’s difficult to calculate a return on investment with dollar figures,” says Cramer, “but, by our evaluations, this has been a very positive experience for everyone involved.”

Honeywell also offers their worldwide employee base some 4,000 training programs through Skillsoft, a leader in e-learning courseware for business skills, leadership skills training and IT certification. “What we’re seeing is clarity and practice of very specific company goals, and a uniformity of passion and commitment within our company,” says Cramer. “Trainings like we offer provide our team with a common language, mindset and trajectory. That’s only a positive thing for business.”

At Phoenix-based Avnet, Inc., a Fortune 500 company, one of the world’s largest distributors of electronic components, computer products and embedded technology worldwide, the focus is always on enhancing employees’ skills and “encouraging employee engagement,” says Linda Burridge, global director of learning and development. “Engaged employees are willing to give ‘something extra’ each day because they are committed to the company and understand their role in the company’s success. In turn, engaged employees are more valuable to the company because they contribute more.”

Burridge says Avnet has provided employee training for decades, but has stepped up its offerings to provide “a broader base of systems, technical, functional and professional skills development” in part to answer an employee survey that placed career development their third priority, behind only compensation and benefits. That said, increased training inarguably yields improved job performance and a more positive work culture. “Avnet sees a direct correlation between employee engagement and enterprise performance,” says Burridge, who reports that employees who completed training programs at Avnet increased by 40 percent from 2011 to 2012, with an 8-percent increase in employees completing from two to four classes.

Avnet’s training has been critical to the success of the company’s expansion in Latin America. To prepare South American and U.S. employees for the transition, Avnet offered participants a course on teamwork, collaboration and networking, simultaneously in English, Spanish and Portuguese. The efforts made a “huge difference,” Burridge says, in the creation of a new Latin American force, enhancing teamwork, support, communication and efficiency.

McCarthy, which bills itself “the best builder in America,” launched a comprehensive training and development program in the late ’90s, but revamped it in 2008, rebranding it as McCarthy Build U, offering “in person, online and self-directed training opportunities.” This includes more than 325 instructor-led classroom sessions; 135 instructor-led virtual classroom sessions; and 250 online, self-paced modules. Last year, 100 percent of McCarthy employees received at least 12 hours of formal training. The workplace culture, job efficacy and performance, and employee engagement are at all-time highs at McCarthy, while the dollars and cents of training, more rigorously tracked at McCarthy than at many companies, makes good business sense.

“It is less expensive to grow talent from within our company,” says Robin Renschen, McCarthy’s director of training and development. “Depending on a number of factors, turnover costs can be anywhere from one times to three times a person’s salary. The annual cost of training someone is far less than that.”

The company’s dedication to its employees through training, Renschen says, allows McCarthy to “retain the best professionals in the business and continually raise the bar on performance, while truly training our company’s future leaders.”

Frank Scopetti, who currently oversees all aspects of the division’s water/wastewater treatment plant projects in the West, was thrilled to be invited to participate in 2011 in the company’s Advanced Leadership training, an add-on to the company’s rigorous, six-month-long Foundations of Leadership program, designed to “identify a group of potential McCarthy leaders and provide them with the skills needed to step into their next role faster,” according to Renschen.

“Not only is the [Advanced Leadership] program exceptional in terms of the skills training, but knowing my career path will take me to the position of division president, and McCarthy making that kind of investment in me is a real honor,” says Scopetti. “I know this is the company I will be with for the remainder of my career.”

Which, whatever the checkbook cost, makes it a win-win situation for both company and employee.