Employers, be wary in pre- and post-hiring use of social networking sites 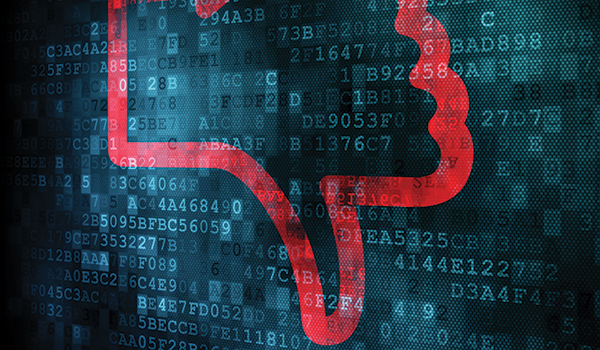 In the last several weeks, a minor firestorm has developed over private employers’ use of social networking sites, such as Facebook, to inform their employment decisions. Though the controversy about social networking sites was not exactly news to employers — many of whom have been monitoring employees’ Facebook, myspace, and similar pages for years — recent reports that some employers were demanding prospective employees to hand over their Facebook passwords has brought the controversy to new heights. As a consequence, new federal and state laws have been introduced and major litigation threatened and initiated, leading many employers to wonder if their own policies and practices are legally compliant.

“Get Outta My Facebook!”
Unfortunately for employers, these practices have led to several lawsuits, typically on discrimination grounds. Social networking pages often contain information that the employer is forbidden from considering in making employment decisions. For example, an employer could discover the employee’s religion (with a status update such as “Happy Easter!”), age (“I’m enjoying my 50s more than my 20s!”), marital status (“I love my wife!”), sexual orientation (“I also love my boyfriend!”), disability (“My arthritis is acting up today.”), and genetic information (“My dad is finally in remission!”). Therefore, making an employment decision after the employer views these pages created the appearance that the forbidden personal information had affected the decision, a post hac ergo propter hoc conclusion that logic eschews but that employment lawsuits eat up like candy.

As a result, many employment attorneys had recommended that employers discontinue the practice of screening prospective employees with help of the candidate’s social networking posts. Some employers have been reticent — these sites often (especially where more personalized expression is common, such as Facebook) give employers a fuller picture of an applicant than a resume and 30-minute interview. (Indeed, a recent article in the Journal of Applied Social Psychology suggests that an applicant’s Facebook page is a better indicator of success on the job than most personality tests.) And, after all, since people control not only what they put on their social networking pages but also who can access that information, the thought was, “You have no one to blame but yourself.”

Though this is a reasonable position academically speaking, it unfortunately does not shield the employer from the specter of liability. Especially in light of the recent password-nabbing controversy, visiting an employee’s or job candidate’s social networking pages is fraught with legal danger. Unless the employer makes the precarious business decision that a discrimination lawsuit is less terrifying than making a hiring decision based only on resume, reference and interview, the employer should stop this practice immediately.

Is It Unionizing?
Adding insult to injury, the National Labor Relations Board has begun bringing charges on behalf of non-supervisory employees who were terminated for posting critical social networking comments about their job, co-workers or supervisors on the grounds that these posts could, in the right light, be seen as concerted unionizing activity, which is protected under federal law, even if the employee does not advocate for, or even mention, a unionized work force.

Many employers have balked at these lawsuits, partly because many are surprised that they are subject to the NLRA when they do not employ any unionized employees, but mostly because employers genuinely believe it is their prerogative to protect the company’s reputation (and that of its employees) from disparagement in a mostly public forum — an unquestionably legitimate position to take.

Moreover, though broad policies prohibiting employees from making “disparaging” comments are generally struck down, it does appear that an employer may adopt policies prohibiting an employee from making comments about the employer (or other employees) that are “vulgar,” “obscene,” “threatening” or “harassing.” However, though employers make take some solace in this nuance, the law is currently evolving and the line as to whether a post is protected or grounds for termination remains unclear. Employers should therefore first seek advice from legal counsel before taking any adverse employment action where a social networking post may influence (or may be perceived as influencing) the decision.

Though the foregoing may be sufficient advice for the present, the recent controversy over employers demanding social networking passwords may soon result in more intense scrutiny of existing policies and practices. Employers should take this opportunity to update all policies in accordance with the law and also give human resources directors and supervisors clear direction relative to any employment action in which an employee’s social networking pages or posts might be a factor. Employers should also follow state and federal lawmaking efforts to make sure they are fully informed of any new regulations regarding an employer’s use of social networking sites.

Alastair Gamble is an attorney in the Phoenix office of Lewis and Roca, LLP, where he specializes in labor and employment litigation defense. He is licensed to practice in Arizona and California.