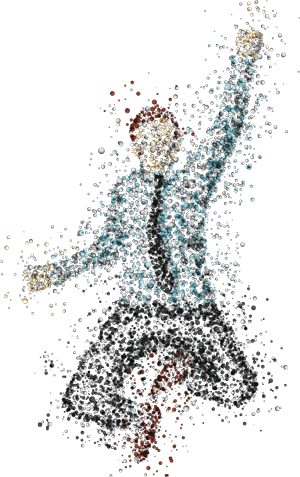 Companies need passionate workers because these workers can drive extreme and sustained performance improvement. However, a mere 12 percent of the United States work force exhibits all of the attributes that define the “Passion of the Explorer,” according to a new report from Deloitte’s Center for the Edge entitled “Passion at work: Cultivating worker passion as a cornerstone of talent development.” These attributes are commitment — being committed to having an increasing impact over the long-term in a specific domain, like an industry or functional area; questing — embracing challenges as opportunities to learn and get stronger; and connecting — building strong, trust-based relationships while tackling challenges.

Attacking the gaps in worker passion starts at debunking the myths surrounding them. The following are five common myths that impede organizations in their efforts to maximize the potential of worker passion.

Myth 1: Age matters. Age does not have a statistically significant impact on worker passion. Workers exhibiting the attributes of the passion of the Explorer can be found at all ages.

Myth 2: Firm size matters. Large firms are just as effective, or ineffective, at cultivating passion in the work force as smaller firms.

Myth 3: Only certain groups of people can have passion. A worker’s place of residence does not influence the likelihood of being passionate, at least not within the U.S.

Myth 5: Only knowledge workers can be passionate. While Explorers are overrepresented at higher corporate levels, even some front-line workers reported being passionate.

When it comes to cultivating worker passion, some of the actions employers can take are surprising. It isn’t increased compensation or bonuses or even recognition that drives passion. In fact, encouraging people to work cross-functionally and allowing people to work on projects outside of their direct job description can boost the chances that someone is passionate about his or her work (40 percent and 34 percent increases, respectively). Given that 88 percent of the work force, currently, is not exhibiting worker passion, the report suggests companies might be best served by looking to the work environment to boost passion in their existing work force.

The survey also suggests that the current focus of many companies on building employee engagement may not be sufficient. If employees are more engaged in their work, they are likely to perform at a higher level than workers who are not engaged. Typical measures of worker engagement do not look at attributes that make up the passion of the Explorer, which include a commitment to driving increasing performance improvement, excitement about engaging on new challenges or eagerness to take on those challenges by working closely with others. These attributes are currently off the radar screen of most companies, yet are much more likely to accelerate their performance improvement.

While there has been a marginal increase in the percentage of passionate workers over the previous year (from 11 percent to 12 percent), passionate workers remain a tiny minority of the overall work force. However, while almost 40 percent of workers exhibit no attributes of passion, nearly half exhibit some of those attributes.

Workers who have the passion of the Explorer differ from non-passionate workers in a number of ways. Explorers, on average, work five hours more per week and are more likely to report being available 24/7. They are more likely to switch jobs. Additionally, 45 percent of Explorers report that they are in their dream jobs at their dream companies, and, despite their tremendous value to the organization, Explorers are not driven by income. Explorers are also significantly more likely to take risks to improve their performance versus workers without passion.