Could the U.S. Really Move to a Four-Day Workweek?

Is it quality of life versus productivity? 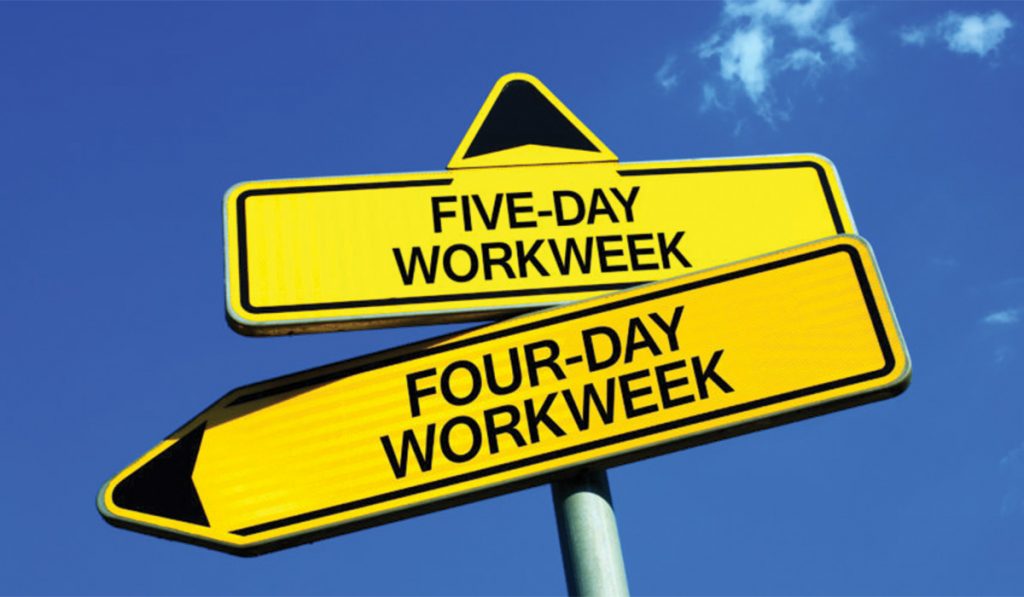 The pandemic is responsible for opening our eyes to the importance of “quality of life.” We were all confined to our homes in the blink of an eye, and the requirement for a drastic increase in remote work saw 42% of people working from home in 2020, according to the American Time Use Survey from the U.S. Bureau of Labor Statistics.

At the time, the labor force was able to reflect on their working conditions, health, family and future. This has caused the workforce to demand more quality of life, hence the recent struggles to hire labor even as the pandemic has begun to subside. Companies are looking at how to best entice talent back to their organizations — the most obvious is increasing wages and the sign-on bonuses that Amazon introduced to its warehouse staff. However, there are other dimensions of benefits that can facilitate the re-hiring of the currently unemployed, which, as of right now, appear to be choosing to remain unemployed. One of these potential benefits could be to introduce a four-day workweek; there is a vast amount of data to support this practice, which not only benefits workers but also actually increased productivity in some cases, according to Autonomy.

This study sent shock waves around the planet, as Iceland dared to introduce a four-day workweek to approximately 2,500 people (more than 1% of the working population) from 2015 to 2019. The results were eye-opening: Employees were much happier and there was at least the same level of productivity as before. Workers were compensated the same amount as they had been for five days even though they were physically now working only four. One caveat of the study was a cushion built into it — the workweek would normally be 40 hours over five days, but this was shrunk to 35–36 hours over four days, which means that the actual time spent working during the week was reduced by only roughly half a day and workers committed to more hours over a shorter period of time. This, of course, helped soften the blow on the reduction in days and increased the chances of success of the study.

Iceland found the program to be a major success, and today 86% of Icelanders are now either working shorter hours or gaining the right to do so. But could this really be rolled out across the U.S.?

At a micro level, it seems it would be very possible to offer this level of flexibility to workers and allow them to embrace a shorter workweek, especially for those with output-measured job roles, such as web developers or salespeople who have revenue generation targets. The U.S. is already globally regarded as a leader when it comes to flexible working, according to the World Economic Forum. Another extension of this could include offering the shorter working week as an incentive to employees who have the ability to be as productive or, in some cases, more productive within a four-day workweek.

But, and this is a big one, at a macro level, can the U.S. really afford to lose a day of productivity on the competitive landscape? The data published in the World Economic Forum’s “2020 Global Competitiveness Report” shows that the U.S. simply could not afford to fall any further behind. When comparing the macroeconomic and government agenda of Iceland and the U.S., there couldn’t be two more opposite agendas. A 40-hour workweek is something that most “high performers” are easily capable of in an output-based role in the U.S., so arguably many would opt to work the hours required to remain competitive in the labor market (as well as to potentially earn the additional commissions for sales-based roles that compensate in such a manner).

The U.S. holds a very different position, purpose and, in many respects, responsibility globally, which means it could risk this role if it stopped its strong competitive focus. It’s fair to say that we have all experienced the sacrifices that go with being competitive in anything in life and that winning typically does not happen by taking a relaxed approach. Also, the culture of the U.S., its government and its economic agenda simply wouldn’t support such a move, especially in the midst of the Fourth Industrial Revolution.

All in all, the Icelandic study shows the world what is possible, if it’s possible for companies to embrace this working practice. But ask most manager-level workers in any company and see if they are actually working 40 hours a week in the U.S. That would be rare; many work north of 50 hours a week. The data supporting the four-day workweek simply does not translate to the U.S., as things are today. 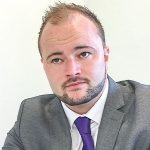 Arran Stewart is co-founder and CVO of blockchain-powered recruitment platform Job.com. He has spent more than a decade working to disrupt the recruitment industry with innovative first-of-its-kind technology. Stewart’s expertise on hiring, recruitment, technology and job market trends has been featured in Forbes, Inc., Reuters, Wired, Fortune and Nasdaq, among others.