When Patients May Misremember 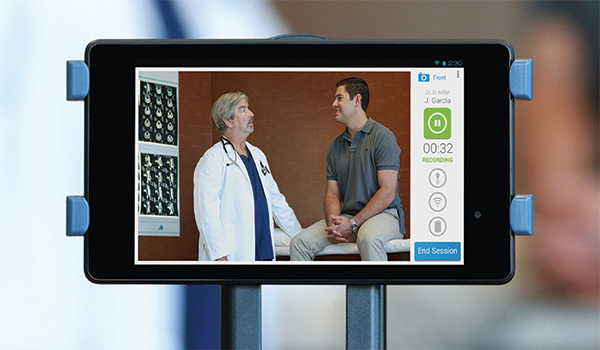 Dr. Randall Porter’s frustration that patients were not correctly recalling what he said to them during appointments sparked an idea. That spark was further fueled by his dealings with his own father’s cancer diagnosis. The idea: Record exam room visits so nothing is left to chance.

The spark came in 2008 and Dr. Porter, a neurosurgeon who moved to the Valley from Chicago in 1993, has been pursuing it ever since. He started recording his exam room visits and officially launched The Medical Memory in the fall of 2014.

Since then, responses from the more than 1,700 patients who have used The Medical Memory have been overwhelmingly positive, according to the company spokesperson. She reports The Medical Memory has reduced the number of phone calls Dr. Porter’s office receives from patients by
25 percent (out of 10,000 annually) and lowered the amount of redundant office visits, all while allowing patients to make more rapid and better informed medical treatment decisions.

Armed with his own personal experiences, other physicians’ same frustrations, and statistics on memory, Dr. Porter merged his instinct to help others with an entrepreneurial streak.

Now, Dr. Porter and other users press a button on a tablet, the visit is recorded and the patient is sent a recording of the session within five minutes of the visit. The recording can be shared with concerned loved ones, wherever they may be. Dr. Porter says he can see through analytics that the videos are being viewed in more than 30 states, where families, friends or trusted loved ones are shown the visit so they can see what is going on and assess the concerns. He finds that about 70 percent of patients want the videos.

Overall, 95 percent of the patients are satisfied with the service.