Stress and Bullying Take a Toll on Business

Caring for their human assets will impact companies’ bottom line 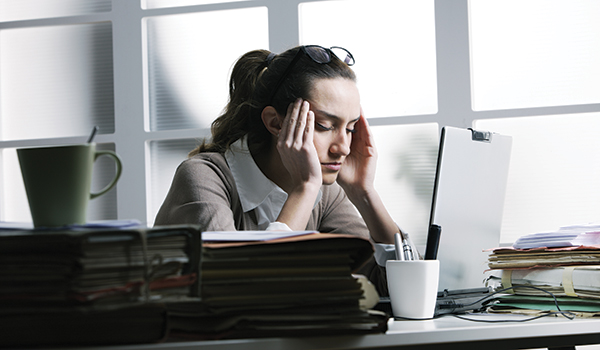 Stress hurts. Individuals may experience stomach problems, muscle tension or headaches, or loss of interest in their work, among a host of other expressions. And it spills over into the workplace in a number of different ways, all of which hurt a company’s bottom line — to the tune of $200–$300 billion in the United States every year in net effect of expenses that include absenteeism, lower productivity, staff turnover, workers compensation and medical insurance, according to Health Advocate, Inc., the nation’s leading healthcare advocacy and assistance company.

April is Stress Awareness Month, and the U.S. Department of Health & Human Services devotes a website page on its Federal Occupational Health calendar to the topic. An individual’s work suffers from the lack of interest, and the vibes and attitude spread and affect morale among the broader work force, leading to greater work turnover. The individual’s health suffers from the dampening effect of stress on the body’s immune system, leading to more disability, sick days off and demand for healthcare services — and the health issues have long-term ramifications, including diabetes and heart conditions.

A healthy diet is one antidote to stress, notes Suneil Jain, N.M.D., a naturopathic physician whose patients at his Scottsdale-based Rejuvena Health & Aesthetics include many high-profile celebrities and athletes, and he addresses not just what to eat but how to eat. Nutrition advice is increasingly a focus of many healthcare benefits plans.

For people to have more energy and be more productive — not to mention a happier attitude — Dr. Jain also emphasizes relaxation techniques. “The gym is OK, but 10- to 15-minute breaks during the workday is better,” he says. Another option is mobile yoga at the workplace. What’s important, he says, is to “make it fun, and do it on a regular basis.”

Workplace stress is also the result of a phenomenon that is gaining increased attention: bullying. According to the national Workplace Bullying Institute, 35 percent of workers in the United States report being bullied at work. A handful of laws have been introduced around the country, but as yet none have been passed.

Workplace bullying runs a gamut of forms. Sexual harassment has gotten most of the headlines, but other bullying may be tactics that undermine an employee’s status at work or minimize an employee’s contributions to the company’s productivity, or spreading rumors about an employee.

“The technological world has opened a whole other way for bullies to bully,” says psychologist Sanford Silverman, Ph.D., who works with a range of issues in his Scottsdale-based practices Center for Attention Deficit Disorders and Center for Peak Performance. While some forms of bullying have long existed, technology, he points out, allows a bully the cloak of anonymity. Bullying could be as extreme as actually trying to have the employee fail — and it could come from a co-worker or a supervisor, sometimes with a purposeful goal of getting rid of that employee. Or it could be as unintentional as not being respectful of another employee’s space, which the common cubicle-type office configuration facilitates. Dr. Silverman relates working with one client on sound issues, for example.

Bullying in the workplace could also lead to lawsuits, points out Suzanne Kleinman, a career coach who has consulted to corporations as well as individuals, and founder of Potential to Soar. The author of recently released Employee Rights and Employer Wrongs acknowledges there is added stress on employees deriving from companies shrinking their work forces in the diminished economy, often resulting in a heavier work load on the employees who remain, but she says, “Most people are willing to chip in.” What makes the difference is how employees are treated.

Kleinman relates a personal experience of seeing middle management bring up the issue of overwork and getting a “wink-wink” response from upper management of “Where are they going to go?” “But high-performers will always find a job, often at the competition,” says Kleinman — which is exactly what happened in this instance. “Within six months, the workers left at the company were the ones who don’t work hard and have the attitude, ‘You can’t get rid of me; I’m the only one who knows how to do this.’”

Promoting from within a company often rewards length of employment rather than looking at management skills. Issues can arise from the newly promoted individual still being buddies with everyone — or, worse, with only a few — in the department, or reacting to the new position by going on a power trip. Managers need training in how to manage people, and if issues are not nipped in the bud and employees have no place to take their complaints, employees may sound off outside the office on social media sites. Although there may be legal implications to such actions, the person sounding off may be able to use aliases and thus remain undetected at work. Whether it’s an employee suffering bullying by others or causing friction by demonstrating an attitude of entitlement, the team “will break down if the manager doesn’t know how to step in and quiet that eruption,” says Kleinman.

Managers may need training on how to manage people, Kleinman notes, sharing the situation of one client who had confided in his supervisor about the bullying he was experiencing. “The supervisor not only laughed at him but sent people to harass him.” Mediation resulted in a six-figure settlement against the company.

To lessen the incidence of bullying in the workplace, Dr. Silverman says management needs to be aware of how the work force is organized, and how messages are coming down to employees. He suggests businesses have meetings and encourage employees to be open about how things are going, and those in management to become aware of their own ways of relating to people. “You can shape good behavior by simply paying attention,” he says. “That augments [the other person’s] feelings of self-worth and self-esteem.” And he notes the need is at all levels. “If managers had training into how they communicate, and [in how to deal with] the needs and pressure they’re under, they could relate better to the employees.”