For Health and Franchise 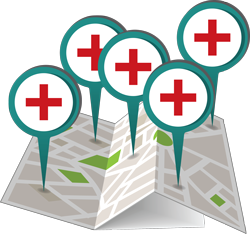 Healthcare franchises are hot. Non-medical homecare was the No. 1 franchise industry a few years ago (2006 – 2009), according to Peter Tourian, founder and CEO of locally based SYNERGY HomeCare, noting that, while it is not necessarily still selling the most franchises, “it is consistently growing at the top level.”

The passage of the Patient Protection and Affordable Care Act has had a positive impact on the industry. Although a lot is still up in the air, Tourian says, it has changed healthcare in terms of how patients are discharged and readmitted. Because readmittance can cost healthcare providers a penalty fee, “facilities are motivated to work with businesses like ours to help them help patients from getting readmitted.” He has begun working with facilities as part of an ACO to help reduce their readmission rate, and anticipates taking the program national.

Tourian has found that, in many cases, facilities’ high readmission rates stemmed not from care but from patients not understanding their discharge instructions. “You don’t need to be a physician’s assistant or registered nurse to help an individual with medical reminders and discharge instructions.” It was that realization, in fact, that led to his starting SYNERGY HomeCare in 1999, when a common request to the medical staffing company he’d founded the previous year was for patients getting discharged from the hospital and needing help at home.

Laurie Malone has seen such potential in the industry that she and her husband, Rodney, recently purchased master franchise rights with Golden Heart Senior Care for an area that spans east-west from Fountain Hills to Interstate 17 and north-south from Anthem to Chandler. “I looked at trends in business and in franchising, and the upcoming ‘senior tsunami’ indicates a growth of 30 percent year over year.”

The biggest area of concern, Malone says, is memory care as with early onset Alzheimer’s. But her business offers assistance with daily living to patients of all ages for needs short of actual medical care, whether for one hour a week or 24/7. “And if the patient requires extreme care — is so bedridden, that is, that they require a nurse — we will employ a nurse for that person.” She keeps an RN on staff, she says, to be able to answer care questions or in case of an emergency.

“The quality of the caregiver is the product we’re selling,” Malone says. She finds a good talent pool exists here, and has established a relationship with local nursing schools. “The ideal employee is a person going to nursing school.”

Malone says she and her husband started their own franchise first “so we will be a better master franchisee.”

For Tourian, becoming a franchisor was not his initial intent. But when he saw expansion opportunity in markets outside Arizona, he decided against the corporate structure because distance would make it difficult to handle unexpected emergencies at the business location. He put his franchising concept together in 2003, released it in 2005, and has since developed it into a strong national franchise. Last December, alone, he says, his company sold 13 franchises. Noting the advantage of a service-based business such as homecare over brick-and-mortar businesses that require expensive build-out and offer a fixed return, he says, “I started what is now the fifth-largest homecare company in the U.S. in a 10-foot-by-10-foot office.”