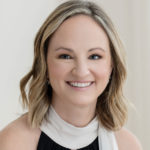 Sarah Jennings started her career in commercial real estate in 2007 specializing in retail leasing. Due to unfortunate timing and the ‘08 recession, Jennings spent one year of trial and error in the industry before she decided it was time to join the family business, a local security firm called Safeguard.

She had always been intrigued by their product, QuickPass, which is designed for their manned gated communities, because it was different and innovative compared to security alarms. After a stint in the sales world, she was presented an opportunity to join that team as an account manager. When Jennings’ father informed her of his intent to sell Safeguard in 2014 but to keep QuickPass so she could run it for her own legacy, the offer seemed attractive and daunting. At 31, she figured how hard could running a company be? She often jokes that if she knew then what she knows now, the answer may have been different.

QuickPass was designed as an efficient way for residents to get their guests through an entry gate. It is evolved from not only a visitor management software but also into transponder access for residents, a patrol application, license plate recognition on entry, as well as resident access and exit. However, QuickPass has never gotten away from the core of the visitor application, as expanding its functionality has been a huge part of Jennings’ focus while in the leadership role.

The biggest challenges after taking over the business were not only establishing herself as the leader and not just her father’s daughter, but also putting a solid, loyal team in place.

Jennings also had to build strong, respected relationships among partners within the industry. Working with HOAs in a typically male-dominated industry, Jennings had to work twice as hard to show that she was a valuable decision-maker and leader within her field. This really came with time and increased tribal knowledge — and gaining the ability to confidently speak about the subject matter.

Building respect among her employees was just one aspect of the transition, which she accomplished by spending time in the field, working in the gatehouse training officers, doing data entry, and offering constant support to her staff.

Finding a loyal team was the next big step. Legacy teams are great for a period of transition, but rarely survive as there tends to be resentment toward the idea of “what could have been.” Today, there is one original employee left and she was part of the original three to join QuickPass. Most of the current staff that Jennings has hired have been with the company for five or more years.

When building the leadership team, Jennings surrounded herself with other strong leaders who held opposing leadership styles. In regard to her two right-hand women, one leads with compassion while the other takes a matter-of-fact approach, with Jennings landing in the middle of the spectrum. Although it may sound counterintuitive to do this, Jennings and her team have been able to effectively balance each other out and efficiently create solutions together that propel QuickPass forward as a leader within the industry.

When Jennings took over in 2014, it took her a while to realize there is a big difference between running a company and leading a company. Leaders are always thinking of what’s next and how to get there. As QuickPass is in the technology sector, innovation is always at the forefront of everything it does. In 2018, Jennings made the decision to outsource development, which was huge for both growth and productivity. Having more of an acumen for business than development, she felt it was important she let experts take the product to the next level while making sure internally the company could support it. This has allowed her to focus on expanding into gate services to make QuickPass an all-encompassing access control company rather than just software.

Although Jennings never expected to be on the path that she is currently on today, her journey through the industry and becoming the COO of QuickPass has taught her the value of earning one’s place at the table through creating a solid team, establishing mutual respect and becoming a valuable decision-maker among clients.

Did you know: According to a new study by Accenture and Girls Who Code, 50% of women in the tech industry leave by the time they are 35 years old.