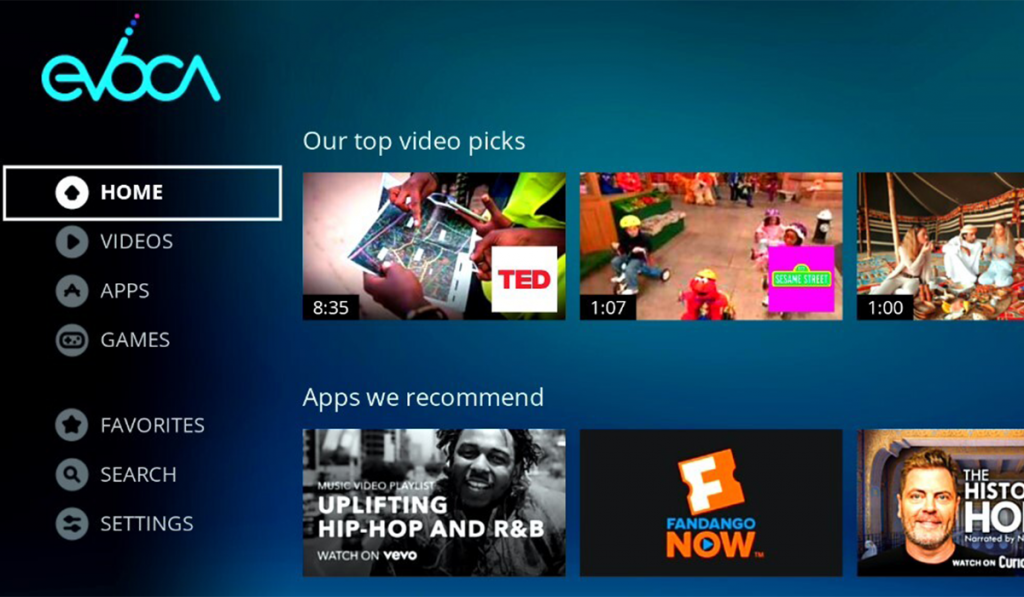 Evoca TV is a totally new paradigm for TV delivery that is less expensive, more efficient and offers a superior picture to legacy providers. Evoca’s patent-pending architecture combines the power of ATSC 3.0 — the technology behind next generation television — with an innovative, hybrid method of using both over-the-air and over-the-top connections for TV services. The Evoca service includes its Scout STB receiver, which decodes the company’s encrypted ATSC 3.0 content as well as existing ATSC 1.0 signals. This allows Evoca to provide hyper-local content to each community it serves.

Evoca provides robust television signals that contain better audio and up to 4K video quality at an affordable price, giving consumers an alternative television choice beyond cable, streaming and satellite. Evoca Learn programming will include a channel called Path, which helps adults discover and try out skill training and job opportunities in conjunction with local community colleges, educational providers and employers. This channel is made possible due to close collaboration with Unmudl to extend their marketplace to a new medium. Evoca’s plans for Path include curating specific content for Phoenix that connects employees with continuing education opportunities.

Evoca analyzed markets across the West and identified Phoenix as one that was in need of more TV competition. In parallel, local television broadcast companies used Phoenix as a test market for new NextGen TV services. Evoca saw an opportunity to bring content to the area, which was previously available only via costly cable, satellite or subscription packages. In October, Evoca turned on two additional Nextgen TV stations in Phoenix. Currently, Evoca is working to offer Bally Sports at an affordable rate for the 46% of Phoenix families who lack access to the regional sports network and their hometown teams.

Todd Achilles is CEO and co-founder of Evoca.