An American Businessperson in a Global World 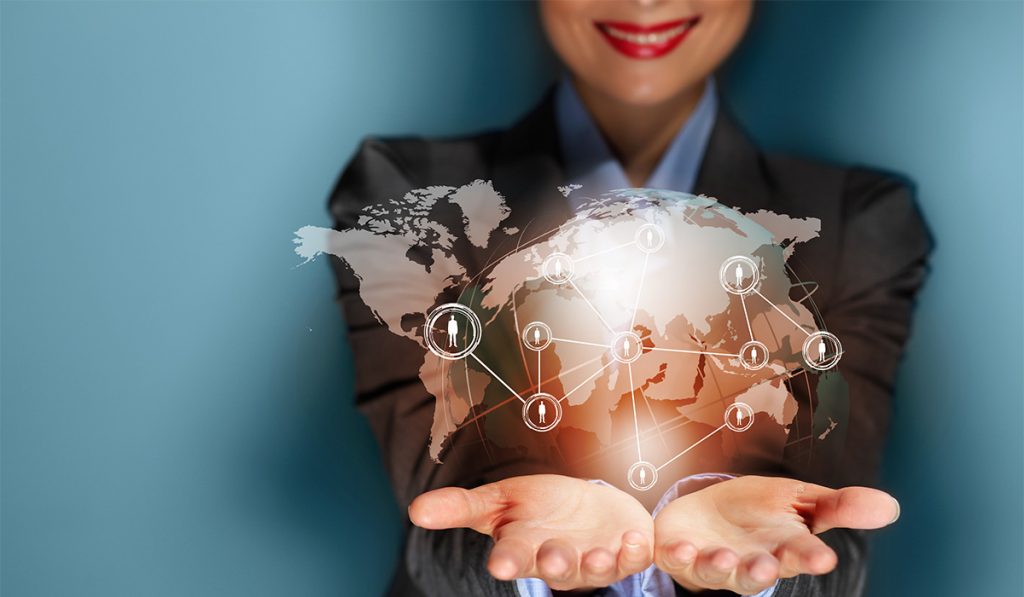 In the American business world, there is a generally accepted, and often unspoken, etiquette that most businesspeople follow: Be on time, dress professionally, use a firm handshake, make eye contact, show initiative, be respectful of one’s superiors and so on. Look around the world, however, and there are widely diverse protocols that can quickly lead to cultural barriers, misunderstandings and, possibly, lost revenue.

From punctuality to attire to physical contact and personal space, the code of behavior varies wildly across different cultures. When doing business in a global, geo-political world, these differences can be tricky to navigate, especially in virtual meetings. But the broad representation of different cultures goes a long way toward making businesses more competitive. Culturally inclusive and diverse companies are shown to see higher profits. Diverse teams are more innovative, better at making decisions, and are more likely to capture new markets.

Cultural awareness can have a big impact on business growth. More importantly, though, it is a matter of showing respect and earning the trust of international partners and colleagues. It is about establishing common ground so that decisions, deals and relationships start from the same foundation. And building that foundation may require some adjustments in the way business is conducted.

Here are eight changes to foster cross-cultural intelligence and improve the way international business is conducted:

Research and be prepared. More than 80% of CEOs recognize empathy as a key to success. Before meeting with any international business associates, leaders should invest time in learning how they act, speak, dress and conduct business. Even if everyone speaks English, it is worth the time to make the effort to learn how to say “hello” and “thank you” in the other’s language. It’s also important to be aware of what titles, if any, should be used. Planning prior to a meeting is often more important than actions taken during the actual meeting. In many cultures, meetings are not where the decisions are made; they are an opportunity for asking questions and exploring possibilities. Therefore, distributing all necessary information prior to the meeting gives everyone involved time to review so that they can comment on it intelligently. In an ideal world, the materials should also be translated into the other’s language to make things easier.

Hire an interpreter. Even when all materials are translated, if the parties are not fluent in each other’s languages, the potential for miscommunication is high. To prevent any misunderstandings, it is a good idea to have an interpreter on hand. This gives everyone an equal opportunity to comprehend everything that is discussed. Even if the other party has an interpreter in the meeting, it’s a good idea that each company has access to one, as it’s never certain what the other side may discuss!

Tone down the assertiveness. Americans are known for being direct, assertive and loud. Some countries, like Germany, share this quality when sharing ideas and doing business. In other countries, like Japan, however, people tend to speak softly and are not as forthcoming when making suggestions or sharing their ideas. Research will reveal whether being assertive is appropriate or is viewed as pushy and aggressive. When in doubt, it’s best to use a neutral tone and be considerate of everyone’s input, even if they communicate in a different way that may be unfamiliar.

Beware of nonverbals. A mere 7% of what we communicate is expressed with words. The remaining 93% is conveyed with body language. Nonverbal communication can be complicated in any setting, but with so much business taking place virtually these days, it is more important than ever to be aware of body language. From intense eye contact to large hand gestures to loosening a tie during a meeting, there is a minefield of ways to inadvertently insult an international colleague. Learning and practicing common nonverbal cues in an associate’s culture will be worth the effort to avoid coming across as rude and offensive.

Watch what you say. It’s important to avoid using slang, local idioms or “Americanisms.” For example, sports metaphors like “that came out of left field” or “can you pinch-hit this one for me?” are not universally understood. An associate may not understand, and it is unlikely they will say so, which can make them feel isolated and unaccepted. It’s also important to be careful making jokes as well. While a good sense of humor is an asset in any potentially awkward cultural situation, jokes can lead to misunderstandings and possibly be offensive.

Don’t try to multi-task. According to a survey from InterCall, the largest international conference call company, “65% of people do unrelated work during a meeting, 60% read or send emails, and 43% admit to checking social media.” While it may be easy to slyly multi-task in a virtual meeting, it will be perceived as rude if it is noticed. In addition, when meeting with an international client or colleague, whether virtually or in person, there’s a lot going on. From considering their cultural norms to understanding the interpreter in the background to making important business decisions, it’s important that participants not get distracted from main objectives. Paying attention to the task at hand can prevent a lot of trouble.

Consider how other cultures view time. Many countries place a high level of importance on starting meetings on time and keeping to strict schedules. On the other hand, punctuality is treated casually in countries like France or Argentina. This fluctuation can affect how much time there is to share relevant information. Understanding a client’s culture can help to prepare and organize the meeting agenda accordingly.

Time is also a consideration in the decision-making process. For example, the UK has a slower process than the U.S. Germany also takes its time, being very thorough in early stages, but once they have decided, things move quickly. Understanding and managing time expectations is critical.

Recognize hierarchical structures. Hierarchical structure can impact the way business meetings are handled. In many East Asian, Latin and African cultures, decision-making authority varies according to age, gender, family background, etc., and team roles are allocated accordingly. Even the way the meeting is conducted in these countries is affected. For example, in China, it’s important to always allow the host to leave the meeting first. Virtual meetings may minimize these issues since there are no seating arrangements, but, because the rules and protocols can be complicated, it’s a good idea to explicitly outline the expected formalities ahead of time so everyone knows how to interact.

Cultural Awareness Is a Competitive Advantage

Embracing cultural awareness and diversity is a crucial part of doing business in an ever-expanding world. Cross-cultural intelligence inspires creativity, encourages inventive thinking and fosters better problem solving. Local market insight makes a business more competitive and profitable. It allows companies to better adapt products and services to be more meaningful and valuable to all customers.

A study done by McKinsey and Company showed that companies with more culturally and ethnically diverse executive teams were 33% more likely to see better-than-average profits. Making a genuine and concerted effort to understand cultural dimensions can build a greater understanding between the different cultures in an organization. This ultimately leads to understanding, trust respect — and competitive advantages — in a very complex world. 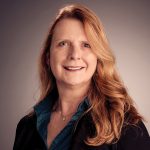 Evens’ advice regarding global business development and communications has been featured by national media outlets that include BusinessWeek, National Public Radio, BrandChannel.com and more. Under her leadership, AAA Translation has grown to serve business clients the world over, working in more than 300 languages, to provide translation, interpretation and cultural consulting services.