by John Bonnell and Brett Abramson 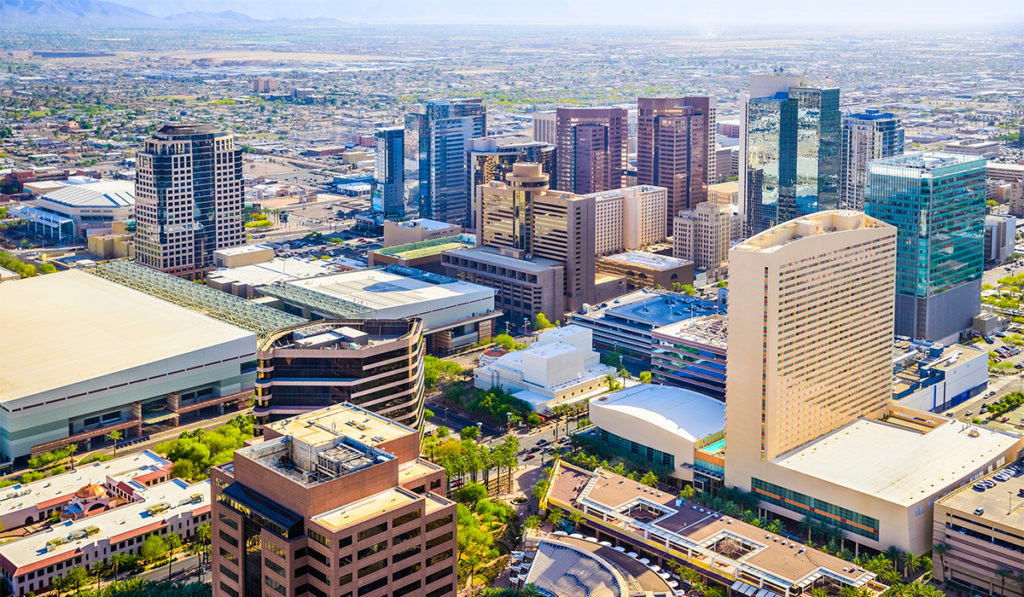 A new wave of office, retail and multifamily activity has arrived in downtown and midtown Phoenix. The combination has created a self-supporting trifecta that is transforming these urban submarkets into true live-work-play environments, and attracting high-quality office tenants in droves.

Why the influx of market leaders committing themselves to the core? In large part, it is because these areas are quickly and strategically positioning themselves to give employees — and employers — the amenities they want most, from bright, open, creative office space and quick access to Light Rail to close-by retail, dining, arts and entertainment attractions. Add to this a steady stream of educated young workers graduating each year from Arizona State University’s downtown campus, and more than 5,000 for-rent apartment units either in permitting, under construction or recently completed, and we have a near-perfect formula for office market success in a true live-work-play environment.

To remain competitive in this high-demand environment, office building owners are actively repositioning their properties with amenities such as upgraded lobbies, contemporary workspaces and shared tenant spaces (think conference rooms, cafés, tenant lounges and workout facilities). Other unique amenities have included an on-site wine store and a top-floor bar with sprawling skyline views.

These refurbishments are key to attracting modern office users, and have encouraged rent growth in both submarkets. In midtown Phoenix Class A, rents currently sit at an average $24.75 per square foot. In downtown Phoenix, Class A rents average $32.32 per square foot.

In JLL’s Q3 Office Market Report, we posed the question: Is the downtown office submarket poised for a renaissance? The confluence of building amenities and tenant interest indicate that this renaissance is not only already underway, but is quickly filling the vacant space that remains in prime Central Business District buildings. A lack of office product — with little new office construction on the horizon — has the power to tee up downtown and midtown for an even stronger leasing environment at year-end and well into 2018.

John Bonnell, managing director, and Brett Abramson, senior vice president, in the Phoenix office of JLL, specializing in agency representation in office properties for both existing and ground-up development