What Manufacturing Means to the Valley Economy

Valley-wide and statewide, challenges and change face this core industry 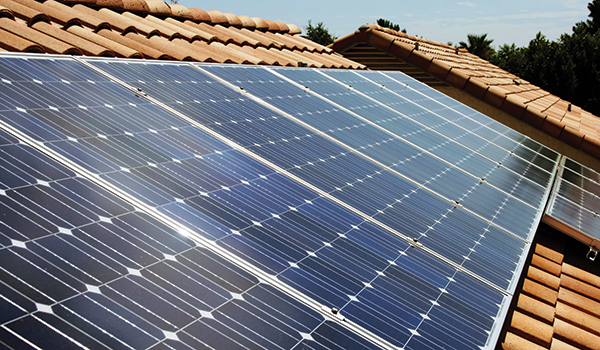 “Thirty years ago, manufacturing accounted for about 15 percent of output in [Arizona’s] overall economy. Now, it’s about 8 to 9 percent. That’s because other parts of the economy have gotten bigger,” says Research Professor Lee McPheters, director of the JPMorgan Chase Economic Outlook Center at the W. P. Carey School of Business at Arizona State University. He sees manufacturing continuing to be an important part of the economy, but says, “We can’t look for it to be a driver of job growth.” The proportional drop does not mean the sector itself is getting weaker, however, as he explains output per worker and wages are still high.

Average manufacturing wages in Phoenix, in fact, surpass the national average — $70,000 here, compared with $59,000 nationwide. What’s behind this difference is Greater Phoenix’s cluster of high-tech manufacturing. “Aerospace and defense have been the cornerstones of the manufacturing sector since the ’50s,” says Steve Macias, president and CEO of Pivot Manufacturing and president of the Arizona Manufacturers Council.

Barry Broome, president and CEO of the Greater Phoenix Economic Council, cites Honeywell, Raytheon and Boeing as pivotal in the areas of aerospace and defense, and McPheters notes that the range of suppliers to the larger electronics and aerospace companies numbers in the thousands.

Semiconductors have also been a key element of the economy. Observes Broome, “Intel and Microchip are driving most of the success in this sector in the Valley.” Macias, who sees semiconductors continuing to be a positive, points to Intel’s recently opened $5-billion plant in Chandler and says, “It helps the supporting players.”

Historical Strengths Challenged
The importance of Intel’s new plant notwithstanding, semiconductor manufacturing has contracted by more than 66 percent within the past 10 years, with employment dropping from 98,000 jobs to fewer than 33,000, according to Broome. GPEC has therefore put a lot of emphasis on solar and renewable energy in its stead, identifying that manufacturing as having properties similar to semiconductors in that they are labor- and engineering-intensive products.

The oft-cited economic indicator of the housing market also impacts manufacturing. Notes McPheters, “Part of manufacturing in Arizona has been to support construction, and that’s weak right now.”

Not necessarily weak but certainly suffering from an environment of uncertainty is defense-related manufacturing, thanks to all the talk in Washington, D.C., about Defense cutbacks. Notes Macias, “We’re the fifth-largest recipient of [Department of] Defense dollars.” This impacts the long-term health of Arizona as a whole, from the standpoint not just of manufacturing but also engineering and exports, Broome explains, adding, “Aerospace and defense have to morph into commercial.”

While Broome looks at manufacturing sectors for expansion — such as getting into unmanned aerial systems and other new products — as part of GPEC’s focus on attracting new manufacturing businesses to the Valley, Macias notes that Boeing and other big airplane manufacturers are already enjoying a huge backlog in the commercial sector. “9/11 took a hammer to the commercial aerospace field, and then the recession. This has led to a pent-up demand for new companies and existing companies needing to revitalize their fleets,” Macias says.

Finding the Work Force
Filling the orders takes skilled workers, though, and this is one of the areas in which Valley manufacturing is facing challenges. “The pipeline has dried up and the work force is aging,” says Mark Weathers, owner of Excalibur Precision Machining and president of the Arizona chapter of the National Tooling and Machining Association. “I’ve had sales I’ve had to turn away because of a lack of people.”

Observing that Phoenix has been primarily a construction-based economy and not known for its technology-based work force, Weathers notes that inadequate training is a long-standing problem and what’s needed is opportunities for experience as well as education.

Many stakeholders have come together to develop an apprenticeship program to address this need. The Arizona Precision Manufacturing Apprenticeship Program is a collaborative effort of the Arizona Commerce Authority, the Arizona Tooling and Machining Association, Maricopa Workforce Connections, Phoenix Workforce Connection, several Maricopa community colleges, Excalibur Precision Machining and Modern Industries. The value of apprenticeship, Weathers explains, is the hands-on experience along with a specific, formalized structure of classes, work experience and coaching system. Also built into the program is a graduated pay scale.

“We can’t continue to steal employees from each other,” Weathers says. “The survival of many companies is going to depend on the pipeline of qualified employees.” AzPMAP also promises to provide a big marketing advantage in terms of bringing in new companies.

Participating as part of a larger group makes a training program more affordable to individual companies, Weathers says, explaining there is a lot of overhead with apprenticeship programs. AzPMAP is an infrastructure model he notes can be used for any industry, covering “reporting, coaching, marketing, recruiting, screening – all the things the small employer would struggle to do.”

Concerns in the Spotlight
Although acknowledging there has been an increased focus on STEM (science, technology, engineering and mathematics) education in Arizona schools and a greater general awareness of its importance, Macias believes finding a qualified work force remains the topmost challenge.

But also a serious concern is being tied so heavily to the federal government’s Defense budget. The series of “continuing resolutions” that have come from the government for more than three years in place of a budget offer only short-term funding that hampers long-term business operations. “Programs have been approved but funding is released only in small increments. I have a five-year window on this; three months does nothing for me,” Macias notes.

Professor McPheters adds an even broader perspective. “Aerospace and electronics products are key exports for Arizona. Who do we export to: Europe and Asia. With the global slowdown, it’s bad for the economy.”

“Most of our economic prosperity comes tied to ports and rail access that comes out of California,” says Broome, addressing another factor that impacts our manufacturing industry: transportation. This is one of several factors explored in depth in the 2012 Manufacturing and Logistics Report Card, a comparative report on all 50 states recently released by the Center for Business & Economic Research at Ball State University in Indiana. The center’s director, Michael Hicks, Ph.D., says Arizona is not on a connecting point for north-south or east-west trade. Noting that Arizona ranks 39th in manufacturing exports per capita, he says, “[Arizona doesn’t] have the transportation network that makes it easy … to be involved in global trade.” As important and useful as Phoenix’s Sky Harbor Airport is, Dr. Hicks explains, “Air shipment is a trivial share of commodity flow of non-human activity.” While planes move a lot of small, high-value items, “it takes a dozen planes to carry what a single train can carry.” And Arizona ranks 36th per capita on the value of goods moving by rail.

Moving Ahead
Macias notes the I-11 Corridor project has been on board for several years to connect Phoenix and Las Vegas — and thus be part of a complete north-south route from Mexic to Canada. The project got a huge boost in July when the Transportation Funding Bill MAP 21 approved the designation of the route from just north of Wickenburg to the Arizona-Nevada border as Interstate 11. Although no money was attached to this, it is a significant development in that it makes I-11 more than a loose concept, explains Arizona Department of Transportation spokesperson Tim Tait, noting Governor Brewer and ADOT have lobbied for this project for several years.

“The Valley needs to make bold moves in public investment in infrastructure and science and technology,” says Broome. Noting the need to expand light rail and the 202 and 303 freeways, he says, “These are long-term projects. A lot of time, the Valley doesn’t have the patience for that.” To illustrate the value of long-term forward thinking in creating valuable infrastructure, he points to Price Road in Chandler and recalls a conversation he had with the mayor who championed its development, who told him, “People thought we were off our rocker to put this huge infrastructure in a cotton field.” “Now,” says Broome, “Price Road is one of the best high-tech corridors in the U.S.”

High-tech is not the only area for expansion, however. Broome sees potential in more simple manufacturing, such as food. “Food manufacturing is interesting because it has to be near customers; you can’t off-shore it very easily,” he says. Although there is no pent-up demand to establish facilities here, he believes that companies will look at re-evaluating where they are located as machinery, equipment, buildings and facilities have to be upgraded. “Food is probably in a high-cost area, in a facility that’s 30 years old. When the facility needs to be replaced, will they stay in a high-cost area where the population is in decline?” He anticipates companies will look to the South and the Mountain West, and says, “There’s a chance we can reset for our region.”

And Macias relates that a recent roundtable by the Arizona Mexico Commission explored the potential to market the Arizona-Sonora Region as a whole for manufacture of technology products. Arizona would provide the aerospace and defense manufacturing; Mexico, the low- to medium-complexity, higher volume manufacturing. “The concept of the marketing would be ‘whatever it is you need, we can do it here,’” he says, noting that with wages rising in China and transportation costs higher, this could strengthen access to markets in North, South and Central America.

Manufacturing nationally enjoyed a robust year as growth in many sectors accelerated from the already strong manufacturing recovery of 2010-11, but the impact varies from state to state, says a report from Ball State University. The 2012 Manufacturing and Logistics Report Card, an in-depth analysis from Ball State’s Center for Business and Economic Research, grades all 50 states on how they handled critical factors underlying their manufacturing performance.

Graded on a bell curve in relation to the other 49 states, Arizona received the following grades:

“Human capital is the most worrisome report of all these. It determines not only manufacturing performance but how you do overall,” says CBER director Michael Hicks. He shares details of Arizona’s per capita ranking relative to the other 49 states on important elements within the graded factors.