For-Profit Stands on ‘For People’ 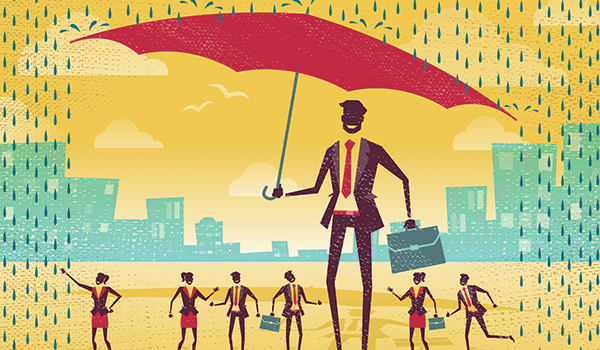 It was 2009. The global economy was in the beginning of its worst downturn in many, many years.

Barry-Wehmiller, at that time, was a 124-year-old company that had started as a supplier of bottle-washers and pasteurizers to the brewing industry. In the late 1980s, financial challenges forced the company to reinvent itself by beginning a process of acquiring companies that produced equipment and services across a variety of industries. By the 2000s, that platform included packaging, paper converting, sheeting, corrugating, engineering and IT consulting.

Along the way, I had a series of awakenings that led us to question the traditional practices of management I was taught in business school. In 2002, a group of team members gathered to create our vision of leadership — our Guiding Principles of Leadership — that articulated a simple measure of success. It said, “We measure success by the way we touch the lives of people.”

At the beginning of the economic downturn of 2009, our board of directors asked, as is conventional wisdom during times of financial struggle, “Bob, shouldn’t we consider layoffs?” However, at that time, the executive team felt our backlog of orders and prospects were enough to get us through this challenge without impacting our people.

It was a valid question, because that was how we were taught to respond. New orders drop, less demand for work, less money coming in — cut costs by laying people off. It’s not personal; it’s business.

This time was different, though. Because of our Guiding Principles of Leadership, we had a different sense of responsibility to the lives in our care.

When we really started to see how the loss of orders would impact the company, I was alone on a business trip in Europe. As I reflected on how best to respond to the situation, I asked myself, “What would a caring family do when faced with a crisis?”

The answer was: The family members would all take a little pain so that no member of the family would have to experience dramatic loss. We would not simply lay off manufacturing team members, as was the traditional practice; every team member throughout the organization would share the burden. Ultimately, we decided that every team member would take a furlough of four weeks of unpaid time off. We also suspended executive bonuses and 401K match.

The reaction was astounding — far better than we anticipated. Our people felt an overwhelming sense of relief that they could count on their job and income. Furthermore, they were happy to offer up four weeks of income, knowing that it was not to make the company more profitable but rather to keep others from losing their jobs.

The reaction was extraordinary. Some team members offered to take double furloughs, stepping up to “take the time” for their co-workers who could not afford the loss of pay. Many associates welcomed the time off, scheduling it so they could spend the summer home with children or participate in special volunteer projects.

Our business emerged from the downturn well ahead of the curve. In fact, our fiscal year 2010 was a record year in earnings. And once orders picked back up, our performance increased faster than ever before. Why? Because our actions during a time of great distress didn’t damage the cultural fabric of the company — like layoffs so often do — but rather strengthened it. Our decision to use furloughs to save jobs made our associates proud and profoundly touched by the realization that they worked for a company that truly cared about them.

The best reward of all, however, was what we received from our team members as a result of our response to the economic downturn. Because we walked our talk, they rewarded us with something truly priceless: their trust.

Bob Chapman, who co-authored Everybody Matters with Raj Sisodia, is chairman and CEO of Barry-Wehmiller, a $2-billion global capital equipment and engineering consulting company. A combination of almost 80 acquired companies spread among 10 operating companies with 9,000 team members around the world, Barry-Wehmiller lives its vision to use the power of business to build a better world. Since beginning in 1885 as a small, Midwestern-USA-based pasteurizer and bottle washer business, privately owned Barry-Wehmiller has grown into a global supplier of manufacturing technology, serving a diverse platform of industries: packaging, paper converting, sheeting, corrugating, engineering and IT consulting.

Leading his company to continued success and growth, Bob Chapman turned traditional business philosophy on its head with his “everybody matters” approach. He blogs about leadership and culture at www.trulyhumanleadership.com.