Change in Business: Threat or Opportunity? 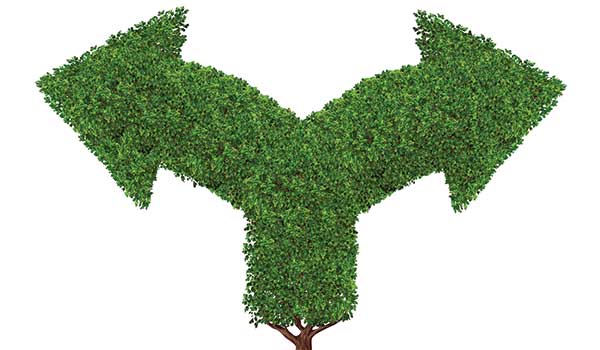 Waves of change roll through the information technology sector roughly every fifteen years or so; for sectors outside IT, the waves may come less frequently but no less destructively. The IT experience can be viewed as a wind tunnel through which other businesses can pretest their survivability. The experiences in the following IT examples can be applied to businesses across all sectors to illustrate that, as agile and often new firms will produce creative new solutions, slow-footed companies will be destroyed.

The Perils of Incumbency

Market leaders bear significant legacy burdens in navigating abrupt change in business models and technologies. Their perspective on new competitors can be deflected by their focus on traditional competitors, as when Digital Equipment, then the second largest computer company, missed the rise of California’s Sun and other Unix firms because of management’s focus on the other Massachusetts minicomputer makers. The market leader’s cost structures can also block change; minicomputer companies, for instance, didn’t fail because of disruptive technology but because they couldn’t slash sales and R&D expenses to meet the new breed. And great sales organizations, often the crown jewels of successful companies, too often try to block change in products or distribution models.

For the leadership of new companies, critical success factors include, first, a deep knowledge of the market, typically founded on first-hand experience with that sector. Second, a clear appreciation of the technology’s current reality and future trajectory. Third, sound judgment about people. And finally, “steadfastness” — the CEO’s ability to hold the direction he or she has selected even while pundits, customers and, especially, direct lieutenants say he’s wrong. IBM’s Tom Watson Jr., for instance, introduced tape storage over the objections of top sales executives, who feared erosion of the hugely profitable punch-card business.

Replacing a CEO is the board of directors’ most important and most conflicted responsibility. For mature companies, replacement often comes too late — sometimes delayed because directors have become captive to their board positions and/or a charismatic CEO.

For start-ups, replacement of a founder/CEO often comes too early. Venture capitalists routinely oust the founders of fledgling companies as soon as the employee count crosses some arbitrary number like 100 or 1000, ignoring the countervailing truth that most successful IT companies, with the greatest return to shareholders, were built by their founders: Steve Jobs at Apple, Jeff Bezos at Amazon, Larry Ellison at Oracle, Bill Gates at Microsoft and Larry Page and Sergey Brin at Google.

To achieve sustainable strategic advantage, a new technology wave should represent a radical shift in both underlying technology and business model. The PC sector filled the bill and created substantial wealth for a few hardware leaders and dozens of software suppliers, starting with Microsoft. The minicomputer sector did not, and its demise over 10 years would be accompanied by major losses for the software firms that hitched their futures to quickly fading stars like Data General and Datapoint.

Minicomputers were simply low-end versions of the mainframe, with cheaper circuit technology but proprietary circuit designs, operating systems and distribution models, while personal computers were built on a “layered” approach, in which each manufacturer shared processors (typically Intel), operating systems (typically Microsoft) and even basic applications like databases, spread sheets or word processing. Common components made two huge differences: lower costs and a much higher volume of users with essentially the same systems. The rising volume of users attracted even more software applications, which attracted even more users; and so it went.

The first entrants into a new market created by a disruptive technology will establish an unassailable competitive advantage and reap the lion’s share of benefits in terms of customers, markets and profits, even when the technology becomes commonplace. Take the early bank ATMs, for example, or the recently introduced smartphone bank apps for categorizing small business expenses or remotely depositing checks through photography.

But that’s only half the story. First movers often enter the market before it’s been definitively reshaped by the disruptive technology. Too often they try to mold new technology around old business models, with disastrous results. Amazon, FaceBook and Google, for instance, are capsizing forerunners like Friendster, MySpace, AltaVista and dozens of others.

Looking Back to See Ahead

History never exactly repeats itself but many phenomena reappear. It’s these that are worth observing for old and new companies alike to extrapolate the lessons to their own industry.

Ernest von Simson, author of The Limits of Strategy: Lessons in Leadership from the Computer Industry, is senior partner of Ostriker von Simson, a consultancy that assists the largest worldwide enterprises in the selection and deployment of advanced technologies, and co-director of the CIO Strategy Exchange, a private sector think tank serving top CIOs.