Women Are Changing the Face of Business 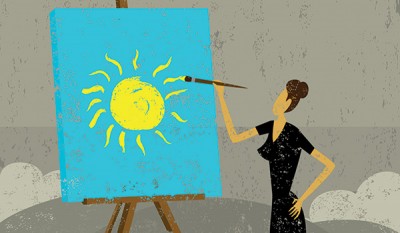 Women are making a powerful difference in business, in today’s economy and in family life. The adage that there is power in numbers definitely applies. The United States Census Bureau states that women currently outnumber men in the U.S. by six million. Their impact in the marketplace, therefore, must not be underestimated, and, with that incredible power in their hands, women have a number of ways within their reach where they can help turn the economy around.

Charles D. Vollmer, the founder of Jobenomics, a national grassroots movement dedicated to creating 20 million new U.S. private-sector jobs by year 2020, notes the potential women have as entrepreneurs to help the economy: “This is the decade of women-owned businesses. They have greater financial needs and incentives. There are more qualified women, with some even serving as heads of households. These women have more opportunities, are highly educated and have fewer cultural barriers.” From women creating businesses through crafts and their artistry, using sites like Etsy and Pinterest to generate interest and build a following, to women starting up all types of businesses, including high-tech companies, consumer goods and children’s wares, the female entrepreneur is generating innovative ideas and creating companies that are putting people to work and stimulating the economy through revenues.

Statistics show nearly 8 million jobs have been lost by men and, for the first time in this nation’s history, women now hold a majority of the nation’s jobs. In 2006, the Organization for Economic Cooperation and Development devised the Gender, Institutions and Development Database, which measured the economic and political power of women in 162 countries. The conclusion was the greater the power of women, the greater the country’s economic success. Women’s talent in the workplace is beginning to be accepted by more companies that are looking for specific first-hand knowledge about today’s top consumer — women — and are recognizing the value of specific feminine traits that bode well in the corporate culture, including a nurturing attitude, open and ongoing communication, and a collaborative spirit, which are driving motivation and higher productivity.

Women are also now being targeted by boards to join and offer their insights about how women think and make decisions about purchases. Those that have added women as board members are also realizing greater financial success. Catalyst’s 2010 statistics conclude that companies with a significant percentage of women on their boards performed better than those with no women on their boards — by 84 percent return on sales, 60 percent return on invested capital and 46 percent return on equity. As Monique Nadeau, president and CEO of the Hope Street Group, explains, “[B]ecause women overwhelmingly hold the consumer purchasing power in our country, whether we’re talking about individuals or households, their understanding of the market allows them to start businesses with a high degree of insight about both their potential customers and competitors.”

Women are the most influential consumers. Contributing to the total $7 trillion in consumer and business spending in America, women influence 85 percent of all purchasing decisions, including half of products that would seem more oriented to men, such as automobiles, home improvement items and consumer electronics. The impact that women have on our nation’s market alone is substantial. For products related to home life, it’s been reported that moms represent a $2.4-trillion market. With so much buying power, it makes sense to target them and listen to what they want for themselves and their families.

Serving as mentors to younger women and offering guidance to help them on the road to success at an early age is breeding new generations of women who will sustain the economy once it recovers. Whether it is offering internships at their companies, speaking to young people in school and university settings, establishing scholarships to help female students or encouraging female employees to bring their daughters to work for a day, women can mentor those women who will lead the economic success in future decades and encourage a powerful proactive mindset in generations to come.

Michelle Patterson, CEO of EventComplete — a full-service event management company — is regularly called upon by government agencies, corporations and nonprofits to help them create memorable and high-impact events. She has even hosted the President of the United States. Labeled an “acceleration executive,” Patterson also helps businesses grow faster, serving in a consultative role with Groupon and Living Social, among others.