Are Investors Missing This Huge Opportunity in Their Private Equity Due Diligence? 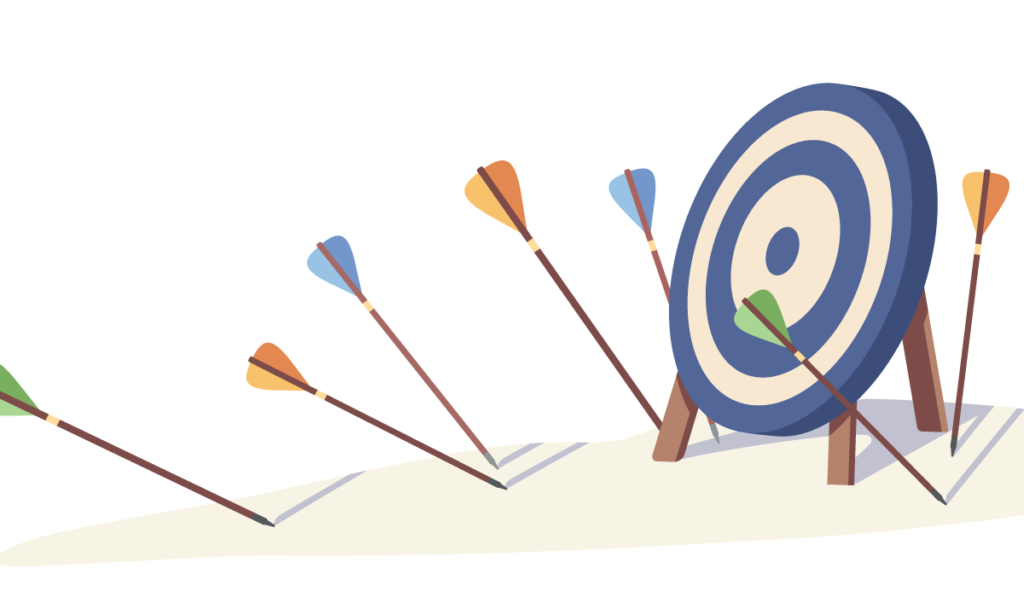 The competition to acquire high-quality companies is intense. Private equity firms each have their own methods for evaluating the current and future values of companies they wish to invest in: the product and service, leadership team, future scalability, and competition in the space. But there’s another piece that often gets overlooked, one that may hold the biggest key of all to valuation and future opportunity: the efficacy of the current sales team.

Most sales teams are operating far below their potential as individual salespeople and as a unit.

This is particularly true for mid-sized and smaller companies that may not have the management resources the larger companies do relative to developing high-performance recruiting and training.

A high-impact sales team can represent significant revenue and valuation potential for a buyer. Unlike, say, replacing equipment or other large capital costs, raising salesperson and team performance can be achieved without a huge capital outlay, and the results can be significant.

At SalesDrive, we have worked with more than 1,200 companies on their sales forces and we have found that the vast majority of companies are settling for and operating with compromised sales talent. Often, upon review, they are operating at 50% to 90% under capacity for revenue per salesperson.

A typical scenario reveals 10% to 15% of top performers, 60% to 65% of average performers, and 25% of underperformers are virtually deadweight to the organization but are carried for any number of reasons.

Companies fall into these patterns because high-performance salespeople are hard to find. Only about 18% of the population share the necessary characteristics to outperform as a salesperson, and companies need to fill positions, so they compromise. This is a huge mistake since the cost of hiring, managing and training an underperforming salesperson, along with opportunity cost, quickly exceeds $100,000 per person . . . often much more.

My advice for private equity firms:

Before buying, assess the sales team for drive. Drive is the most critical personality trait needed for success in sales. People either have it or they don’t. It’s made up of three non-teachable traits: need for achievement, competitiveness and optimism. SalesDrive’s proprietary DriveTest® — an assessment based on 90 years of research on the subject as well as SalesDrive’s own work — helps businesses identify this elusive trait in candidates.

Administer this test as part of due diligence. If the sales team is high in drive, that’s assurance they are solid and poised for success. Ironically, it may be even better if the sales team isn’t high in drive because there’s more room for growth if mediocre sales talent is replaced with high-drive talent over time. Either way, it’s important to know upfront.

After a buyout, get the right salespeople into the right roles. Obviously, it’s best to have high-drive salespeople (“hunters”) going after new business. But that doesn’t mean firing everyone who isn’t a hunter. A good team needs “farmers,” too. While hunters are great at hooking new clients, farmers are needed to transform that new client into a repeat buyer.

Sometimes, companies have tremendous talent on their sales team but don’t realize it because they’re in the wrong roles. Just reshuffling roles can make a huge impact on sales numbers.

Then, move to a data-driven hiring system to quickly hire sales superstars. Often, bad salespeople are hired because the sales manager had a “gut feeling.” But the “golden gut” doesn’t exist. It’s far better to apply a science-based sales aptitude test (not a basic personality test, which can be easily faked) early in the hiring process to capture high-potential candidates and avoid low-potential candidates. Then, follow it up with a well-conducted behavioral interview to get past the candidate’s initial impression and reveal what’s actually under the surface.

Salespeople are masters at fooling their interviewer. Too often, the interview is the best sale an employer will ever see out of a candidate. And “demonstrated success” isn’t a good strategy either. For example, what if the products they represent have strong brand recognition and that’s what was doing the heavy lifting? There’s just no substitute for a good sales aptitude test to make sure to hire only superstars after the acquisition.

The bottom line? Just by learning how to analyze and recruit talent with today’s powerful assessment technology, an investor can stack their acquisition’s bench with high-drive salespeople — which, in turn, sets them up to quickly reap great ROI.

The sales team can make or break the future of a company that’s under consideration for purchase. The cost of investing in a solid, science-based assessment that will provide a much clearer picture of the company’s potential — and enable an investor to make decisions based on real data — is peanuts when considered against the payoff. 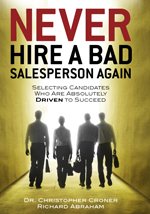 Christopher Croner, Ph.D., is principal at SalesDrive and coauthor (along with Richard Abraham) of the book Never Hire a Bad Salesperson Again: Selecting Candidates Who Are Absolutely Driven to Succeed (The Richard Abraham Company LLC, ISBN: 978-0-9741996-1-0), which details his research and practice in identifying the non-teachable personality traits common to top producers.

Dr. Croner received his B.A. in psychology from DePaul University and his master’s and Ph.D. in clinical psychology from Southern Illinois University at Carbondale. He developed the proprietary DriveTest® online sales test and The Drive Interview®, both used for hiring “hunter” salespeople. Using this methodology, he has helped more than 1,200 companies worldwide to hire and develop top-performing salespeople.