NextFort is the Next Generation of Data Centers 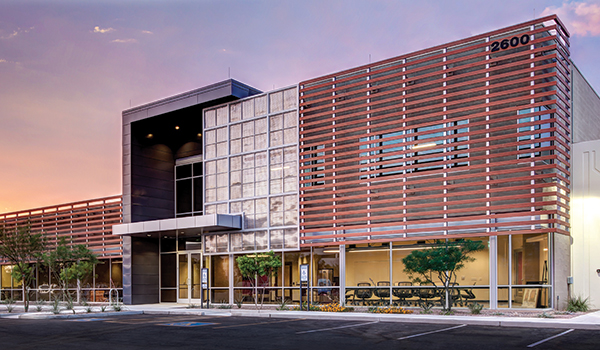 NextFort recently became the newest addition to Chandler’s technology-focused Price Corridor, opening in early December its cutting-edge concept in data centers that increases energy efficiency up to 40 percent over conventional data centers. Along with innovative designs in power distribution and facilities architecture are changes in the facility’s cooling design. “Most commission data centers [which provide space for tenants to operate their own computers] are designed for the main-frame time; they’re not designed for the numbers of computers needed to run the applications of today,” says NextFort CEO Mark Towfiq. The density of computers needed to run the applications is increasing every year, so, although the computers are getting smaller, the heat they produce is increasing.

At the same time, Towfiq notes, water — commonly used in cooling systems — is becoming an increasingly scarce resource. NextFort has created efficient air conditioning that uses no water, keeps separate the exhaust and cool sides of the computers, and can use outside air. Giving tenants their own dedicated concrete and steel suite, rather than maintaining the facility as one large room, further curbs cooling costs as well as providing more security for each tenant.

The Phoenix market is seen as one of the safest areas in the country, Towfiq observes. “For West Coast companies who need to be away from disaster areas, Phoenix is a one-hour flight from Southern California and Northern California, where a lot a high-tech companies are located.” Towfiq also cites the lower cost of energy and real estate, a business-friendly environment that allowed NextFort to get the facility approved and built quickly, an educated work force, and an eco-system of companies that support MSPs (managed service providers).