Homes Are Getting Wired Up 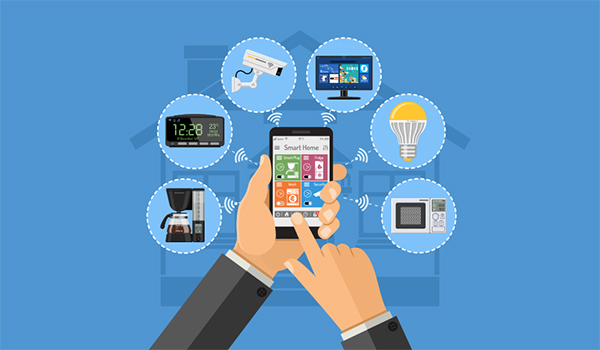 Due to the type of progressive technologies out there, there is no limit to a “smart” home. Smart technology can now be added anywhere without ripping open a wall or ceiling.

The technology that enables this has to do with not only how the user communicates with the it, but, more importantly, how the pieces of technology communicate with one another. Years ago, this type of technology was invasive in that it required cutting into walls, adding ugly antennas, running and extending power, and selling one’s first born. Now, there is technology that utilizes low-powered wireless communication such as Zigbee Pro with Green Power, allowing integrators such as WiredUp Installation to accomplish a full-home smart technology deployment. This new technology is powered off motion, light and vibration to stay connected and perform the smart technology tasks, from the simplest to the most complex.

Phoenix is leading the country in this area, for many reasons. Forbes named Arizona a “Clear Rising Star” in technology- and information-based jobs. Arizona ranks No. 2 in space and defense systems manufacturing employment, No. 4 in semiconductor manufacturing employment and No. 5 in tech manufacturing employment. President Obama named ASU an Academic Leader in science, technology, engineering and math. In April 2016, Google selected Arizona as one of only four locations in the U.S. to test its self-driving cars, following an executive order from Governor Ducey in 2015 to pave the way for this new technology in our state.

Arizona has emerged as one of the fastest-growing technology hubs in the United States. The companies and employees they attract are, in part, why we see so much technology being adopted in homes and businesses.