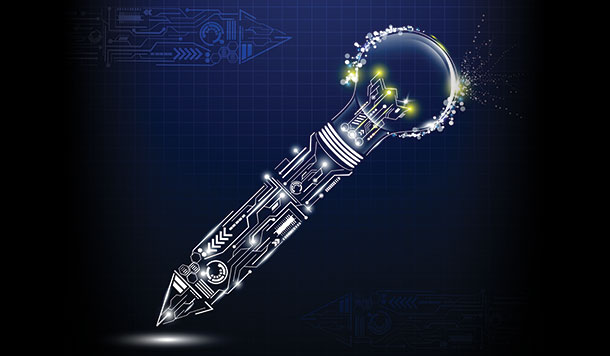 Handwriting technology in 2017 burst out in a big way as major hardware vendors began bundling active pens with their tablets, laptops and smartphones. The Pixelbook was Google’s entry into this market. A Chromebook that comes with an advanced pen that virtually eliminates ink lag, the Pixelbook was built to take on Microsoft’s Surface Pro and Apple’s iPad Pro — the dominant existing devices that allow for digital writing. Samsung also introduced the Chromebook Pro to fight for market share in a similar space.

What’s behind the growth in the stylus-enabled device market? And what new developments might we expect in the coming year? Here’s a quick look.

The three big trends driving handwriting technology are the requirement for mobility, the desire for increased productivity and the need for devices to interface the way we desire — multimodal input. All sorts of professionals — from educators, students and car drivers to healthcare professionals, field salespeople and Fortune 500 road warrior executives — realize astounding time savings from integrating voice and handwritten input into existing digital documents instead of having to retype handwritten notes. Hardware that accommodates all these options has become a requirement, especially for diagrams and math equations where handwriting is vastly more productive.

Beyond booming productivity increases, handwriting offers cognitive benefits. It enhances learning, memory and motor skill in ways that keyboard-driven input doesn’t. Researchers from Princeton and UCLA found that students learn better when they take notes by hand than when they type, since they’re forced to concurrently summarize, synthesize and abbreviate ideas. The very act of taking notes by hand, in other words, requires focus, reflection and reframing.

What to Expect Next

In 2018 and beyond, expect to find handwritten input to become an option in all sorts of consumer goods and to be more tightly integrated with bundled software from the major players. Some examples of what you’ll see:

Handwriting in cars. Audi, Mercedes and Tesla cars all ship with embedded handwriting technology for GPS, controlling entertainment systems, notetaking and more. In 2018, handwriting will be included in almost a dozen mid-range sedans, and the handwriting-in-cars market will grow at a rate of more than 34 percent each year through 2020.

AI-enabled simplicity. Look for superimposed handwriting to be included on smart keyboards, including fuzzy tapping and smooth typing. Software will soon recognize superimposed characters, cursive input and handwriting written over multiple lines. Transliteration will be common, and predictive text will be enhanced. Devices will adapt to the user instead of the user adapting to the device.

More active pens. The size of the global digital pen market is set to grow at a compound annual growth rate of 17.8 percent from 2016 to 2024, according to Variant Market Research. The global handwriting recognition (HWR) market, today at U.S. $1,039.3 million, is expected to grow at a CAGR of 15.7 percent by 2025.

Gary Baum is vice president of marketing at MyScript, creator and provider of advanced technology for handwriting recognition and digital ink management, serving organizations and professionals