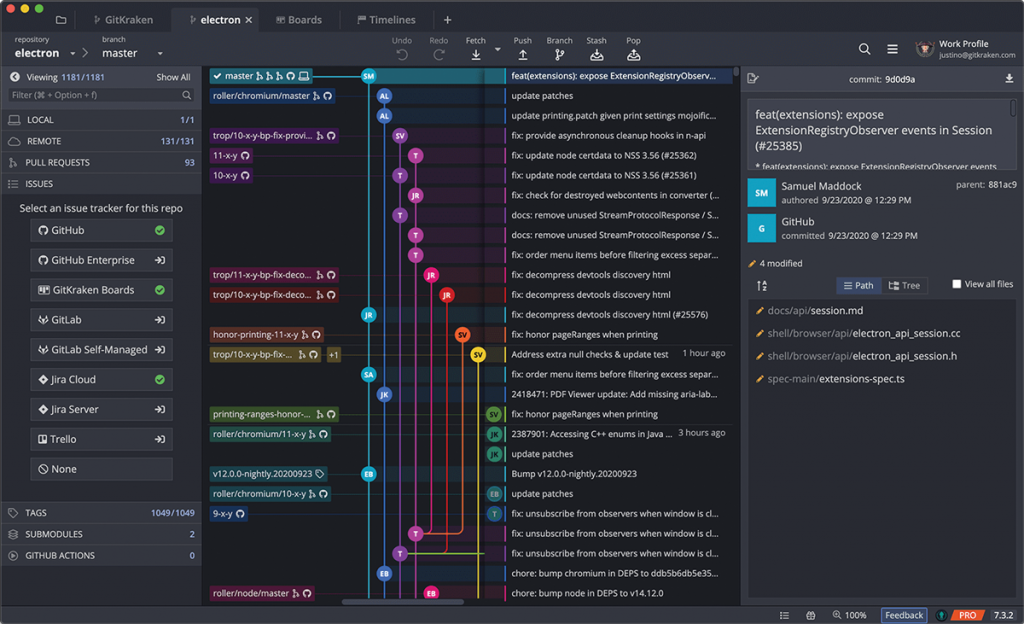 GitKraken, creator of the world’s leading Git GUI and CLI, recently acquired GitLens, the most popular Git extension for Visual Studio Code. GitLens was created by Eric Amodio in 2016, and has since been developed and maintained nearly exclusively by Amodio in his spare time. He joins GitKraken and will serve as the company’s chief technology officer, to lead GitLens and GitKraken’s entire suite of popular Git collaboration and productivity tools and lead the continued development of GitLens for VS Code users.

“GitKraken is on a mission to make Git easier, safer, and more powerful for developers and DevOps teams of all sizes,” says Wayne Williams, CEO of GitKraken, an Arizona-based software company with headquarters in Scottsdale, Arizona, and EU offices in Spain.

GitLens is a free open-source Git extension for VS Code with more than 11 million active users and 71 million downloads in the past five years. Of more than 30,000 VS Code extensions, it is one of the most popular. It is relied upon by developers, DevOps professionals and enterprise teams around the world, to help them better understand and work with code. GitLens unlocks the untapped knowledge within each repository to help visualize code authorship, seamlessly navigate and explore Git repositories, and gain valuable insights via powerful comparison commands.

“I’ve always been passionate about making software development easier, more accessible, and inclusive. My mission with GitLens has been to make code easier to understand by leveraging the knowledge within each Git repository and making it accessible to everyone,” says GitLens founder Eric Amodio.

Developers and DevOps professionals can download the free GitKraken Git client and the free GitLens Git extension in the VS Code Marketplace.

Did You Know: GIT Extensions is a distributed version control system that enables a user to robustly manage a collection of source files and the changes made in them. Users can make changes by accessing a central repository called remote repository and committing the changes to it.