Gig Apps Are Here to Stay 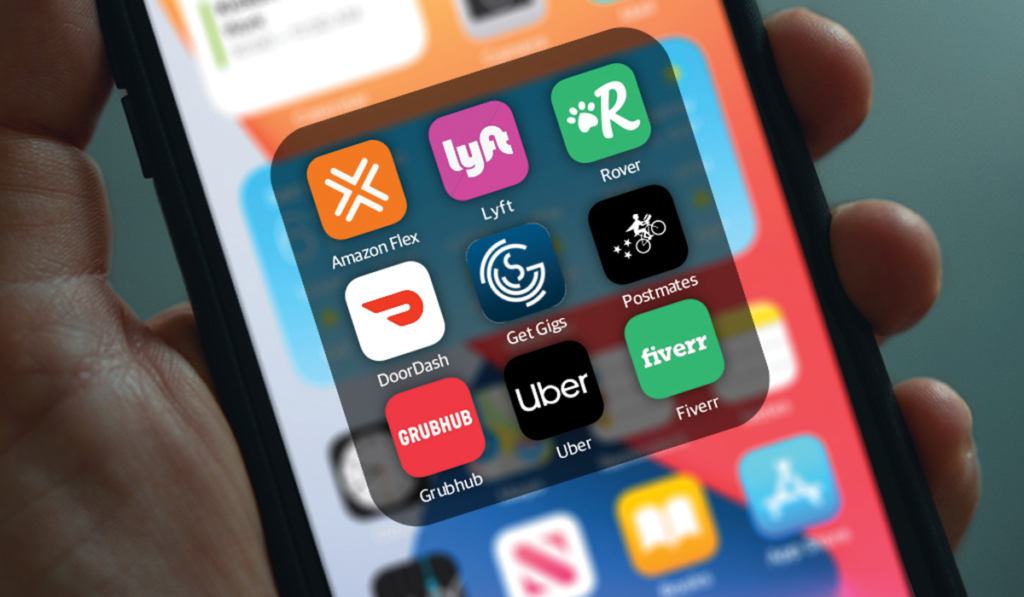 The gig economy, which consists of people working in temporary positions or as independent contractors, has boomed in the last year, growing more than 33% in 2020. Well-known gig apps like Uber and Postmates have been around for more than a decade and are now considered mainstays in the gig economy, but as employers’ needs have changed following the pandemic, new apps are emerging. How do these apps work?

Traditional gig apps allow individuals to become independent contractors for the company. Rather than working a traditional 9-to-5 job, independent contractors can work as much or as little as they’d like and from the location of their choice. For example, a person who works for InstaCart can work 40 hours a week or more to make their primary income or choose to pick up orders as they can to supplement their full-time income. Additionally, they can decide if they’d like to work closer to home or venture out to different areas that may have more activity.

Now, thanks to the pandemic, new types of gig apps are emerging that help traditional employers find part-time employees when they’re in a pinch. Apps like Instawork connect businesses with go-to hourly workers near them rather than closing the business due to lack of staff or limiting services. This gives gig workers even more flexibility than ever by allowing them to work for a variety of different businesses at the drop of a hat.

The pandemic has created challenges for both workers and employers that gig apps have been able to relieve. The growth and innovation of gig apps, especially since the beginning of the pandemic, shows that gig work is here to stay.

Wayne Goshkarian is director of communications for Scottsdale-based Association for Entrepreneurship USA, where he assists entrepreneurs nationwide with creating, establishing and expanding their businesses; and the forward-thinking founder of Dylan Consulting known for bringing to the slow-to-change insurance industry cutting-edge technology.