Irrelevant email has costly side effects 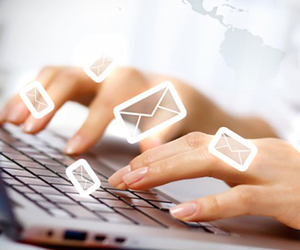 The percentage of people nationwide who don’t intend to change jobs this year is only 42. The “2016 Industry & Productivity Perspectives Report” from business operating system Bolste, which commissioned accredited research firm YouGov to poll the views of a representative sample of 2,766 American adults, shows employers are at risk with 49 percent of the workforce.

Millennials make up about half of today’s at-risk workforce, and the impact of their attitude may become more pronounced. Currently, the workforce is relatively evenly divided among millennials, Gen X-ers and baby boomers. But baby boomers are retiring at the rate of 10,000 a day, and millennials, notes Bolste CEO Leif Hartwig, “are even more mobile and looking for jobs than baby boomers.”

Reasons are manifold. But a big factor, the study found, is frustration over time wasted in inefficient modes of communication. The major business modes of communication, Hartwig points out, are verbal, either by phone or in person; email; and texting. “Business has not caught up to personal lives, where we have so many outlooks,” he says, naming Twitter and Facebook as but two examples.

Email has been the default means of workplace communication for several decades, but overflowing inboxes are a cause of frustration for employees. More than one fifth of working professionals say half or more of the work emails they receive are irrelevant to them. Additionally, more than one in 10 (11%) of all working professionals say as much as 75 percent or more of their inbox is filled with irrelevant emails. Hartwig notes that, according to a recent McKinsey report, employees waste as much as 25 percent of their time each week on emails, which includes reading and discarding irrelevant ones as well as searching back for emails pertinent to the immediate project. For an employee earning $40,000 a year, then, the employer is wasting $10,000.

While face time is an important aspect of business and work, one in seven (14%) American workers feel new employees at their company are faced with many pointless meetings to get them up to speed. Meanwhile, more than one in five (21%) say their employers provide a cookie-cutter-type manual for new employees, with just over another fifth (22%) reporting that new hires are left to figure out things on their own.

In the past couple of years, observes Hartwig, there has been a growth in subscriptions to Web services as a solution to the communication chaos. But placing apps individually on laptops or phones has not resulted in a cohesive system. “It’s hard to scale getting everyone on different pieces of software together,” he says.

“Employee turnover is a huge strain on businesses and workers alike, so it’s important to address the issue of workplace dissatisfaction,” Hartwig says. “To remain competitive on the world stage, American business leaders need a way to evaluate their employees’ ideas, give proper feedback and equip their teams with tools and skills to manage projects efficiently.” 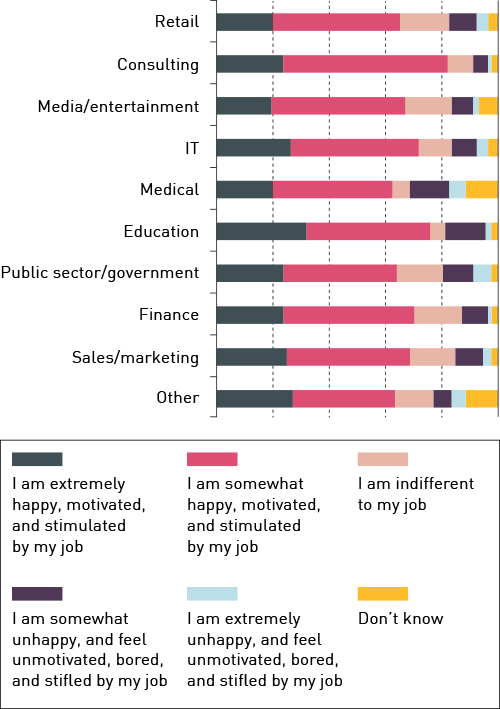 If you receive at least one irrelevant email every day, approximately what percentage of the work emails you receive do you consider irrelevant to you?

Scottsdale-based Bolste designed its proprietary software to enable users to create virtual worksites — “bolsters” — in which to compare information; store phone calls and all types of documents; keep a calendar; and eliminate spam by limiting communication to only those who are invited to join. Businesses can have multiple bolsters, creating them for different groups. And to make it convenient to see what’s going on with all the groups, explains Bolste CEO Leif Hartwig, “all communication rolls into an activity feed on the main page.” The system is available on the Web and via iOS and Android apps.

The company was founded last year. It was developed in Tucson, and Hartwig says the metropolitan areas he was advised to move to by heads of large software companies around the country included Austin, Boulder, Salt Lake City and the Bay Area. Deciding to research the Phoenix area, he says, “I found phenomenal companies here. The talent is amazing.” He expects to attract people from out of state as well as grads from Arizona State University and University of Arizona — who, he says, “rarely stay in Tucson, so they come here.”