Distracted Driving Is an Employer Issue 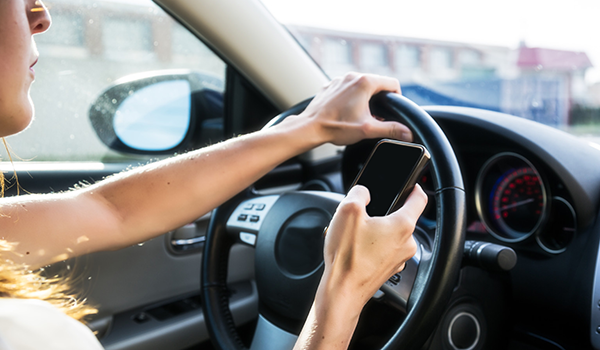 Distracted driving is a potential minefield for employers, due to a liability issue that many misunderstand. “A common mistake is to think, ‘If it’s the driver’s equipment, we don’t have any responsibility.’ That is not so,” says David Lewis, CEO of HR company OperationsInc, noting, “The courts have emphatically said that if a person is performing work for your firm, and at the time they are doing so, they violate the law or get in an accident that’s caused by their action or not use of a hands-free device, the employer bears some level of responsibility.”

Putting aside any discussion of moral responsibility, Lewis advises employers to put policies in place to reinforce good behavior while driving. There should be verbiage in the employer handbook to the point that “an employee should at no time operate a motor vehicle and use a cell phone without a hands-free device, and at no time text or email.” And he recommends also copying that page as its own document, for the employee to sign to acknowledge he has read it and is aware of it.

Many employers implicitly expect employees to be as always-connected as today’s mobile devices have made possible, with policies that dictate customers should not wait more than “x” number of minutes for a response. And, of course, sales is often in a time crucible. “The downside is that the advent of the technology has created a change in how we do business; it’s created a change in expectations on response times and things of that nature, and it’s created a very dangerous environment that’s going to lead to a continued increase in the number of accidents and number of deaths,” Lewis says, emphasizing that his professional focus is on protecting clients from being on the wrong side of one of those law suits.

There is no financial cap on such law suits, and, in fact, they are overwhelmingly resolved out of court, Lewis notes there is still cost to the employer for legal services — and an effect on perceived value in public relations as well as attraction and retention of employees, who may not want to be part of “a company that’s been cited as being irresponsible or insensitive as it relates to proper use of telephones.”