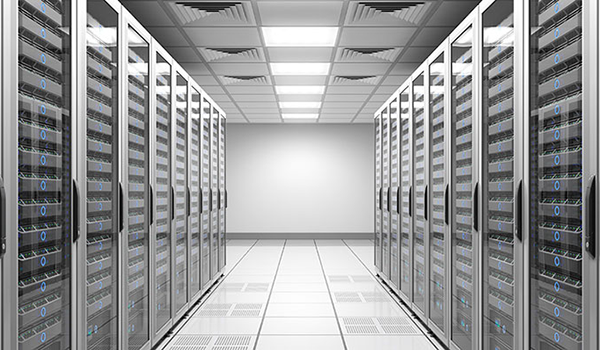 The “cloud” that has become a ubiquitous presence in contemporary life actually resides on the ground — this is a data center (not to be confused with a call center, which is low-wage employment generally of a customer-service nature). “Every kind of business and service needs to be able to store data and transmit it at high speed,” observes Russell Smoldon, CEO of B3 Strategies and a founding member of the Arizona Data Center Coalition, noting that even brick-and-mortar stores need an online presence to be able to compete in today’s marketplace. “As computers continue to get smaller, the work goes someplace else.” The need for data centers will continue to increase, Smoldon believes, calling them the “newest utility.”

The industry has grown by about $1 billion in the past two years, and Smoldon attributes that primarily to a tax incentive program passed by the Arizona legislature in 2013. The legislation was a major effort of the data center coalition after its launch in 2012; educating people on the difference between data centers and call centers is another focus of the organization.

In addition to helping raise the area’s economic level with well-paying technical jobs (average salary $75,000), data centers are constantly in need of such skilled tradespeople as electricians and plumber for the never-ending upgrades to their facilities. Plus the one-off jobs, says Smoldon, pointing out that the Arizona Technology Council members include companies, from marketing to janitorial services, that focus on the specialized needs of data centers. And the facilities “are great for infill, without a great impact on the neighborhood,” Smoldon adds. For instance, there’s a data center in Park Central Mall that, he points out, few people even know about.

Advantages Phoenix offers as a data center location include a stable climate, dry heat — which allows data centers to use evaporative cooling nearly half of the year — and reliable power. “Phoenix has some of the best fiber connectivity in the country,” Smoldon says, observing that Wi-Fi has to be connected to something physical.

Observing, “Techies like to be with their stuff,” Smoldon notes companies will have office space in the data center — including companies whose physical presence is out of the area. He believes it wouldn’t take much to get them here. “If we can get part of their business here, I think we can convince them to locate the rest of it here,” he says.