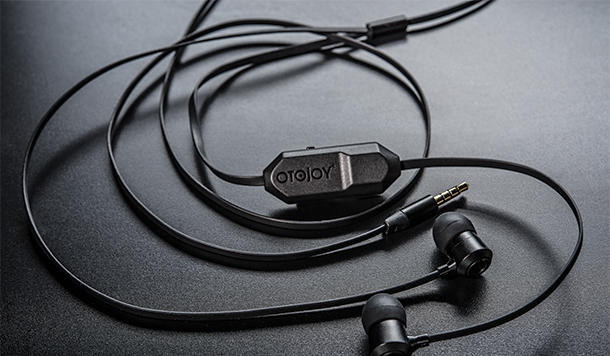 Imagine being at your industry’s most relevant conference of the year. Whether in a large auditorium or a hotel ballroom with just two loudspeakers set up at the front, the acoustics are anything but ideal. Add hundreds of people in the room talking to each other, coughing, doors slamming, and the person next to you eating potato chips right by your ear — it’s likely that you struggle to understand, miss words and lose your ability to concentrate. You want to ask a question but aren’t sure if it’s been answered already. At the end of the day, exhausted in your hotel room, you try to remember what you learned and realize you have two more days to go.

From Assistive Technology to Mainstream

What if a presentation or board meeting could sound like listening to an audiobook in one’s car or with headphones? What if a person could just sit back, relax and effortlessly absorb every single word without needing to make out the speech in a sea of ambient noises? Using a revolutionary technology originally intended for people with hearing loss, OTOjOY is able to enhance the listening experiences in live environments for everyone.

Ultimately, a person doesn’t need to have a hearing loss to have trouble hearing. With hearing loop technology, we use magnetic induction to wirelessly send an analog audio signal containing speech or music from a venue’s sound system directly to the listener’s ears with crystal-clear fidelity. Think of a telescope for ears. Most people with hearing aids or cochlear implants are ahead of the game since they can use their existing devices to directly tap in at the push of a button. For everyone else, headsets are available. The company’s newest product, OTOjOY LoopBuds, enables listeners to connect using their smartphone.

From California to Arizona

We set out to “loop Santa Barbara” in 2012 and have since equipped more than 250 venues, mostly in California, with the technology. Eventually, we were looking for a larger city to move the company to. But where to go? L.A.? San Diego? San Francisco? When we took a closer look at Phoenix, the city was surprisingly attractive. The startup community is growing, the state offers great resources like the Arizona Innovation Challenge or the Venture Ready program, the cost of living is lower, the infrastructure is modern, the market size is significant, yet the population density isn’t overwhelming. When we started networking, everything fell into place. The city has more than doubled in size since the Americans with Disabilities Act was signed into law in 1990, so accessibility is on top of people’s minds everywhere. There is still a lot of work to be done, though, particularly when it comes to hearing access. We moved to Phoenix in May of 2017 and haven’t looked back a day since.

OTOjOY technology is in place locally at FilmBar, Crescent Ballroom and other venues listed on LoopFinder.com. Event attendees can avail themselves of the technology by switching their hearing device to the “t-coil” setting or asking the facility for a headset. From a legal standpoint, virtually any place with a sound system, whether permanent or portable, needs to provide at least a headset system.

Thomas Kaufmann is the founder and CEO of Phoenix-based audio technology company OTOjOY. He holds a German diploma degree in physics and a Master of Science in chemistry from the University of California, Santa Barbara.