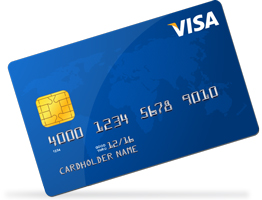 “It’s been something that’s been in the works for quite some time now,” says Scott Shedd, referring to the upcoming switch from traditional credit and debit cards to EMV cards. Shedd is the information security consulting manager for WGM, an IT company located in Scottsdale that analyzes technology risks and compliance.

The noticeable difference between a traditional card and an EMV card is a visible chip that is planted in an EMV card. This chip contains cryptographic information that relays a different code to merchants every time a payment is made, making it extremely tough to counterfeit a card. Perhaps the most notable aspect of the shift to EMV cards is not the chip itself, but the shift in responsibility if theft occurs. If fraud occurs with a credit or debit card, it has traditionally been the responsibility of the issuing bank to refund the cost of fraud. Starting October 1, 2015, any company that does not have EMV-compliant card readers will be responsible for the cost.

EMV-compliant card-reading terminals can cost anywhere from $170 to $500, so small businesses must decide whether purchasing an EMV terminal is worth the price. Since some businesses around the Valley have average sales much smaller than the cost of an EMV terminal, it may be cheaper for the business to pay for the occasional fraudulent charge than purchase an EMV terminal. Deciding whether to acquire an EMV terminal requires a great deal of consideration, and it is something that every business should consider sooner rather than later, because, as Shedd points out, the responsibility for fraudulent purchases shifts in just a few months.