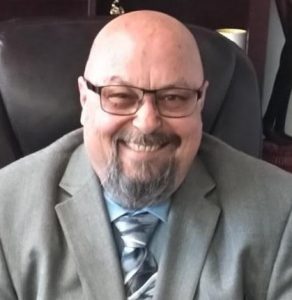 LionHeart Security Services announced today that Bill Herzog is the new CEO of the company. An experienced leader in the security industry, Herzog will succeed Michael Morrison and has already assumed responsibilities. Previous CEO, Michael Morrison unexpectedly passed away in November.

Herzog was a United States Marine Reservist and retired as a Captain with the Arizona Department of Corrections in 2011 after serving 23 years. During his career he received multiple awards and commendations including the Lifesaving Award and for his work with assisting in the relief effort after Hurricane Katrina.

“Bill has a strong vision for our future,” HR Manager Ethan Caen said. “He emphasizes the aspect of family within the business and the process of moving forward to bigger and better things.”

Herzog said he has multiple immediate goals for the company including expansion.

“We are looking to expand our business into Tucson by the end of the year,” he said. “We are also looking to expand here in the Valley. As a company we also are working to professionalize the security industry through better training and higher expectations.”

Herzog also has a vision for the future of LionHeart Security Services.

LionHeart Security Services is a 100% Veteran owned and fully independent provider of exceptional security services to an interesting and caried range of clients throughout Arizona including Quick Trip and Mountain Park Health Centers.