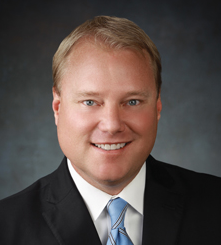 With over 21 years of construction materials experience and more than 20 years of service as an elected offical, Mitchell will pursue commercial construction opportunities that align with AP Southwest’s growth strategy.

“Mark is a well-respected name in the Phoenix area and we’re excited to welcome him to the AP Southwest team,” said Jeff Hansen, CEO of AP. “He’s spent his entire career building relationships with developers, construction leaders, subcontractors and government officials to help local economies, communities and businesses throughout the Phoenix metropolitan area thrive. We’re excited about the possibilities Mark brings to AP as we continue to grow our presence in the Southwest.”

Prior to joining AP, Mitchell served as mayor of the City of Tempe from 2012 to 2020, where he formed strong relationships with elected and appointed officials, traditional and emerging businesses, economic groups, community organizations and related governmental entities to facilitate economic growth and effect positive change. Prior to his time as mayor, Mitchell served as vice mayor for the City of Tempe from 2004 to 2006 and as a member of the Tempe City Council from 2000 to 2012.

“AP’s role as a trusted advisor to its clients is a major differentiator in an industry of construction managers racing to the lowest bid,” said Mitchell. “The company’s collaborative approach to construction management – both internally between regions and service departments, and externally with clients and subcontractors – will resonate with municipalities, commercial developers and users throughout Arizona. I’m happy to join a team with a solid reputation for quality, reliability and integrity in the profession.”

Mitchell’s unique combination of public service and construction materials experience positions him for success in his new role and aligns closely with AP’s growth strategy. During his tenure as mayor of Tempe, Mitchell led business development efforts for Clayton Floor Covering and Design, securing commercial and residential clients by forging relationships with land developers, engineers, architects, general contractors, municipalities, the hospitality industry and property management companies. Prior to that, he served as vice president of sales for Arizona Flooring and Interiors and director of business development for TDC Interiors.

A third-generation Arizonian, Mitchell remains involved in his community, serving as an active member of the Tempe Diablos, Tempe Sister Cities and the Kiwanis Club of Tempe. He previously served on the board of directors for the Greater Phoenix Economic Council, the executive committee for the Maricopa Association of Governments, the advisory board for the U.S. Conference of Mayors, and the advisory council for The National League of Cities. Mitchell holds a Bachelor of Science degree in political science from Arizona State University.

Adolfson & Peterson Construction (AP) has been building trust, communities and people for 75 years. Founded in 1946, AP has expanded its services and geographic footprint to become one of the leading construction management firms in the U.S. and is ranked as a Top 100 Contractor by the Engineering News-Record (ENR). It remains a trusted family-owned business that is known for quality, reliability and strong partner relationships, while maintaining one of the strongest safety records in the industry. AP offers preconstruction, construction and contracting services to the commercial, education, healthcare, hospitality, industrial, multifamily, municipal, recreation and senior living market segments, and currently employs more than 600 team members and thousands of subcontractors and trade partners in Arizona, Colorado, Minnesota, Texas and Wyoming. Dedication to its clients, communities, and employees, along with a commitment to core values and innovation, has allowed the company to remain an industry leader and dependable partner for decades. For more information, visit www.a-p.com or follow us on Facebook, LinkedIn, Instagram and Twitter. AP is an Affirmative Action/Equal Opportunity Employer.