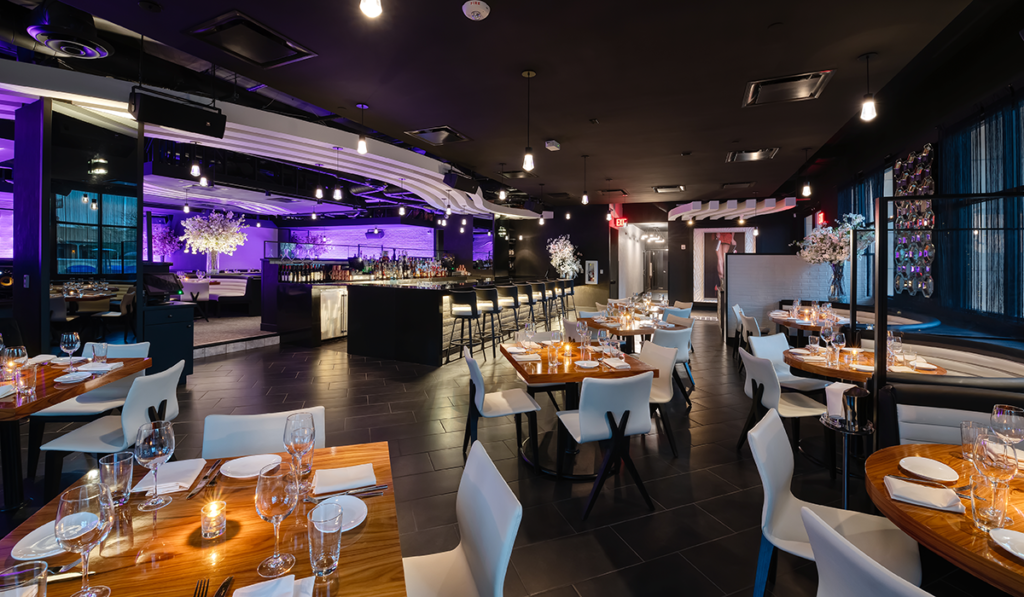 The term “power lunch” implies grand impression. STK Steakhouse lives up to that.

At the corner on a bridge overlooking the Scottsdale waterfront, the restaurant has a commanding presence and offers a wonderful view of the canal from seating on its wide-open patio (weather permitting). The almost Victorian-garden exterior décor transitions to an interior that is sleek and modern, with reminders of the floral motif as accent arrangements.

Diffused lighting enhances the atmosphere, which manages to be at once both casual and refined. The service matches that atmosphere, with wait staff that is personable, knowledgeable about the menu and attentive without hovering. The restaurant’s restful day-time atmosphere punches up at night with a live DJ.

STK Steakhouse — which dubs itself “not your daddy’s steakhouse” — is known for customizing each restaurant’s menu to include regionally inspired dishes influenced by the local culture and cuisine in addition to the core menu that is consistent across all locations (key markets in the U.S. and internationally). Chef Sia Seifi — a former Iron Chef — plans to develop dishes that reflect his background with Italian and Japanese cuisine and his own Middle Eastern roots. “Japanese is known for integrity of the ingredients, and I’ll translate that into Italian, making it easier to approach,” he explains. Also to come is a pasta program.

In the meantime, there is plenty to appreciate on STK Steakhouse’s core menu. The Tuna Tartare appetizer is presented as a tower of Ahi tuna chunks molded over avocado and served with taro chips — great for dipping, with a mouth-feel much like heavy potato chips but with an extra zing of flavor. Steaks are offered with a choice of special seasoning enhancements such as truffle butter — which is torched at the table when served. Sides are ordered as individual accompaniments to the entrée, but the portions are generous enough to share among two or three people. Corn pudding is arguably a star among these accompaniments, taking sweet, creamed corn to a much higher level. Mildly flavored Maple Rubbed Salmon is served over a puddle of black olive dressing that works as well with the salmon as with the broccolini that is the entrée’s dish-mate.

STK Steakhouse needed a more extensive kitchen than what had previously served this site, and its remodel required also beefing up the building’s foundation. And that’s just the kitchen for the current restaurant space. Chef Seifi says they will be opening a third floor, which will be served by its own kitchen.