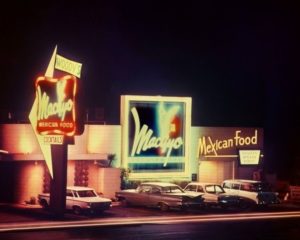 Macayo’s, originator of the popular chimichanga, has been a family favorite for diners craving traditional Mexican food since 1946. Now, 75 years later, Macayo’s is celebrating this anniversary milestone with an epic three-day extravaganza from Friday, September 24 through Sunday, September 26.

Event highlights include food and drink specials, music and entertainment, at a family-friendly party atmosphere at each location, exclusive pairing dinners, opportunities to win prizes and an attempt to achieve the Guinness World Records® title for the Longest Chimichanga ever built. Anniversary weekend activities are sponsored by Macayo’s longtime partners.

“Over the years, the Macayo’s team has worked hard to create a memorable dining experience for guests with every visit,” says Nava Singam, owner of Kind Hospitality, which owns and operates Macayo’s restaurants. “We’re grateful for the support of our guests and the partnerships we’ve formed with incredible vendors and businesses that help us do what we do every day — serve delicious Mexican food that everyone loves.”

Beginning Friday, September 24, Macayo’s restaurants around the valley will be decked out for the big bash with décor, photos stations and more, as well as outside extensions of each location featuring additional food stations and satellite bars; DJs on Friday and Saturday nights and mariachi bands on Sunday in addition to family friendly activities that will include balloon artists, face painters and pinatas. Each celebration day will have its own specific food and drink specials, including the original menu from when the restaurant first opened its doors in 1946. 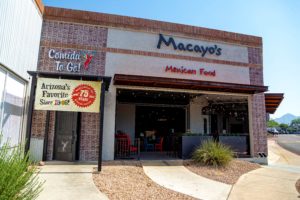 Macayo’s will also be hosting two exclusive Patron Tequila Cocktail Pairing Dinners — the first on Friday, September 24 at the Mesa location, and the second on Saturday, September 25 at the Scottsdale location — each beginning with a cocktail hour at 6:00 p.m. and dinner at 6:30 p.m. Seating is limited; cost is $75 per person. Tickets may be purchased via www.macayo.com/shop beginning Wednesday, September 1.

At 10:00 a.m. on September 25 at the Ahwatukee location (12637 South 48th Street), Macayo’s teammates will attempt a Guinness World Records® title for the Longest Chimichanga! The brand aims to build a 25-foot long version of their signature dish – that’s 3750% longer than the regular. It will be complete with all the most delicious components — flour tortillas, shredded chicken, refried beans, signature spices, sauce and cheese, all wrapped up and deep fried! Chimichanga lovers are invited to come and cheer on Macayo’s team members as they attempt this challenge!

Originally opened in 1946, Macayo’s Mexican Food has been a part of locals’ lives since that day. With its signature handcrafted recipes, Macayo’s has built a solid and dedicated following of loyal fans. Home of the original chimichanga, Macayo’s menu features a wide range of approachable traditional Mexican favorites such as tacos, chimichangas, enchiladas, tacos, burros, salads, flautas, fajitas and specialties like the Tres Rellenos, Green Chile Pork Stew, Chicken Poblano and more. Macayo’s offers a full bar and is well-known for its high-quality selection of margaritas, served in an iconic Bob or Cha Cha souvenir ceramic margarita glass, of course!