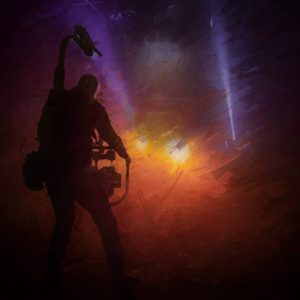 Arizona Opera is proud to announce that The Copper Queen, the company’s first feature film, is among the official selections for the inaugural Opera on Film series, part of Opera Philadelphia’s Festival O22. The film is one of only 20 selections out of a field of 800 submissions to be selected for the series.

Arizonans can escape the summer heat and watch The Copper Queen film (Arizona Opera’s first feature film project) for the final time in Tucson and Phoenix during Arizona Opera’s own “Opera on the Reel” Summer Film Festival. Please see screening location/date info below:

In the film, healing from her grandmother’s recent death, Addison Moore finds herself checking into The Copper Queen Hotel in Bisbee, Arizona. Aware of the hotel’s famed ghost stories and hauntings, Addison fearlessly elects to stay in Room 315, the location of the heartbroken Julia Lowell’s death a century ago. But what draws Addison to Room 315? And why does she want to face Julia’s ghost? Her truth is revealed in The Copper Queen.

“The Copper Queen has played a major role in our company’s artistic growth,” said Arizona Opera’s President and General Director, Joseph Specter. “I am incredibly proud of everyone that worked on this project, for their creativity and resilience in pivoting during the pandemic to bring this work to life, and in a medium that was completely new to Arizona Opera. We are grateful to Opera Philadelphia for creating the Opera on Film series, a wonderful new opportunity for impactful works, such as The Copper Queen, to move new audiences beyond the boundaries of our state.”

“Since 2020, we have witnessed an unprecedented period of creativity and flexibility in the opera industry, as the pandemic and our inability to gather on stage spawned a tremendous growth in operatic film experimentation,” said David B. Devan, General Director & President of Opera Philadelphia. “As we return to Festival O, we’ve created a series to celebrate this unprecedented period of artistic achievement by performers, directors, and opera producers across the globe, screened alongside classic opera films and films inspired by opera. Whether you’re an opera buff or a film buff, Opera on Film is six days of binge-worthy art that we can experience together on two screens at the Philadelphia Film Center, the city’s premiere hub for film.”

Audiences can enjoy the entire series for just $25 with an Opera on Film badge. Festival packages, film badges, and performance tickets are now on sale at operaphila.org, or by calling 215.732.8400 (Monday through Friday, from 9:00 a.m. to 5:00 p.m.). Tickets for individual film screenings will go on sale through the Philadelphia Film Center box office in September.

About Arizona Opera and The Copper Queen

Arizona Opera produces fully-staged operas, concerts, and collaborative programs throughout the state of Arizona each year, and is among only a handful of companies in the U.S. that regularly performs in more than one city. Having just celebrated its 50th Anniversary Season, Arizona Opera mission is to elevate the transformative power of storytelling through music, cultivating community and strengthening a state and people as adventurous and diverse as the place they call home. Since its inaugural year in 1971, Arizona Opera has produced more than 200 operas and concerts. The company’s artistic history is rich with a blend of opera’s traditional repertoire featuring baroque, bel canto, and verismo works, turn-of-the-century masterpieces, operettas, and contemporary American operas.

The all-female conductor-director-designer team of The Copper Queen Film is generously supported by a consortium of donors, led by Susan Esco Chandler, Milo and Kim Kauffman, and Linda Hirshman. Manley Films is the Official Film Production Sponsor of Arizona Opera.

Opera Philadelphia, the only American finalist for both the 2016 International Opera Award for Best Opera Company and the 2020 International Opera Award for Best Festival, is “the very model of a modern opera company” (Washington Post). Committed to developing opera for the 21st century, the company is recognized as “a hotbed of operatic innovation” (New York Times).