The use of e-signatures in closing commercial loan transactions 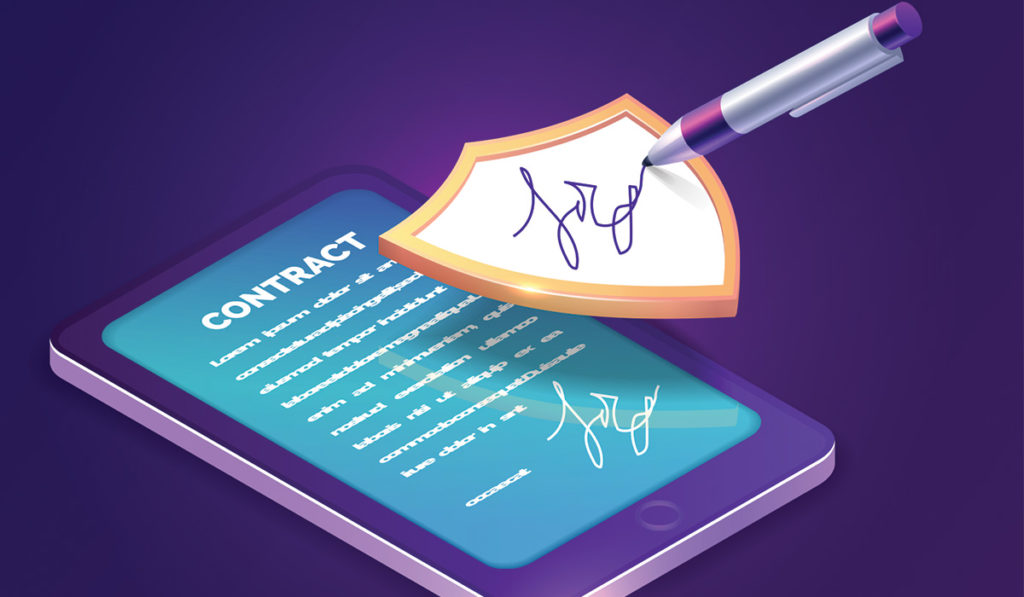 Among the many challenges facing the business world caused by the COVID-19 pandemic is the increased complexity of closing commercial transactions. Of course, the days of all parties gathering around a conference table to execute documents passed long before the advent of COVID-19, but the pandemic further complicated transactions by scattering necessary signatories — who otherwise may have at least been under one roof — to remote work locations with limited access to printed documents. Parties can certainly still close deals with “wet” signatures using overnight courier services, but this renders the closings of complex transactions with numerous signatories (some of whom may not be active in the deal) far less efficient. Consequently, parties to such transactions have increasingly sought guidance regarding the effectiveness of electronic signatures under Arizona law.

Such signature, however, should (i) be secure pursuant to “the application of security procedures” under the AETA, and (ii) satisfy certain other statutory requirements and presumptions under the AETA.

Importantly, for an electronic signature to be effective, the parties must have agreed to conduct the transaction by electronic means. Some parties expressly do so by including a provision in the agreement making clear that a signature page signed and/or transmitted electronically is to be treated in all respects as an original signature page. However, express agreement is not required under the AETA, which provides that “[w]hether the parties agree to conduct a transaction by electronic means is determined from the context and surrounding circumstances, including the parties’ conduct.”

Assuming the parties have agreed to conduct their transaction by electronic means and met the other requirements of the AETA, among other things: (i) a contract formed using an electronic signature cannot be denied legal effect and enforceability solely because it was formed electronically, and (ii) evidence of a record or signature may not be excluded solely because it is in electronic form. Thus, the broad language and applicability of the AETA permits the use of electronic signatures for a wide array of commercial transactions. But despite such broad applicability, commercial lenders generally have policies requiring wet signatures for closing such transactions because, historically, wet signatures have been required on documents such as (i) promissory notes (to comply with UCC negotiable instrument obligations), and (ii) real estate transfer documents (to comply with the requirements of county recorders’ offices). One can also reason that commercial lenders do not want to assume the potential risk and burden of satisfying the AETA’s evidence requirements.

Certain exceptions to these historical requirements (that are outside the scope of this article) have developed over time, and during the pandemic commercial lenders have made efforts to be more accommodating and accept electronically signed documents if circumstances do not permit wet signatures. For the foreseeable future, however, borrower parties should not expect their commercial lenders to accept electronic signatures absent exigent circumstances.

As the world generally moves further into the digital realm, and (in particular) if the COVID-19 pandemic creates a “new normal” for remote work in the future, parties will likely rely more on electronic means to close transactions as efficiently as possible. Additionally, over time, commercial lenders will gain more experience and confidence in the systems and controls that are in place to evidence compliance with applicable AETA requirements and therefore accept electronic signatures on a more consistent basis.