“Minor details” could have major consequences 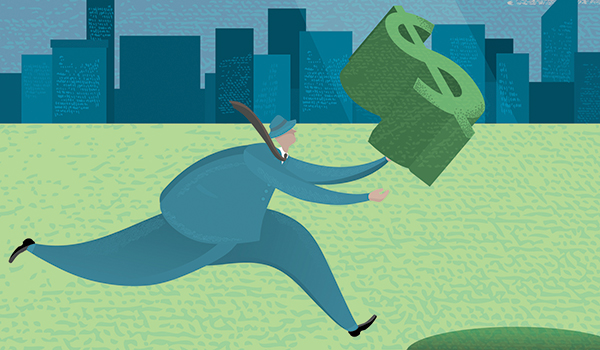 Congratulations. Your business is up and running. Your hard work is paying off and you now find yourself on the verge of signing your first big contract.

That’s great news. But slow down and take a deep breath. Don’t let your excitement blind you to some important considerations, including some all-too-common contracting pitfalls. Let’s take a hypothetical businessman named Rob …

Substance First
The first questions Rob must ask are: What is the subject of the contract? Are the payment terms clear and the duties well-defined? What would justify non-payment?” Despite Rob’s excitement of signing his first major contract, he should not agree to terms that are ambiguous or incomplete. It’s far better to broach uncomfortable discussion points up front than to avoid the situation and hope nothing will go wrong — only to find that a costly and preventable dispute awaits down the road.

Duration
Rob must take care when deciding upon the contract’s term. Circumstances change, and what was once a favorable contract might later turn into a burden. Conversely, Rob may be unable to obtain terms as favorable in the future, so a longer contract duration might be beneficial. An option granting Rob the right to extend the term upon the contract’s expiration, or automatic extensions unless either party gives prior notice otherwise, are possible solutions.

“Best Efforts” Clauses
If Rob is asked to agree to use his “best efforts” to do something, he should consider softening this obligation by including “reasonable” or “commercially reasonable” qualifiers. Otherwise, Rob may be required to make expenditures or go to extraordinary lengths that ultimately negate the benefit of the contract.

Force Majeure
Rob should hope for the best but prepare for the worst by including a clause excusing performance when “acts of God” or other circumstances outside his control make performance difficult or impossible. Otherwise, Rob could find himself liable for breach of contract despite unforeseen and unavoidable emergencies.

Dispute Resolution
Rob’s optimism about the agreement should not cause him to overlook the dispute resolution provisions. He must carefully consider how disputes will be handled. Is he waiving rights to sue in court and instead committing to arbitration? Is he limiting recoverable damages? Which state’s laws govern the contract? A “choice of law” clause could subject Rob to the laws of a state with which he is unfamiliar. Rob must also consider the venue selection to avoid committing to bring or defend a lawsuit or submit to arbitration in a location that is inconvenient or potentially hostile.

Proper Parties
It may sound obvious, but Rob must take care that the appropriate parties sign the agreement. For example, Rob should ensure that the other party actually owns all relevant aspects of the business Rob is dealing with and represents that the individuals signing the contract are properly authorized to do so. Likewise, Rob should not sign in his individual capacity when it is really his business that is the party (even if Rob signs on behalf of the business). He should also remember to properly authorize the signing by checking his company’s bylaws or operating agreement to see if any specific approvals are required and, if so, comply with those provisions — particularly if he makes a representation regarding due authorization.

With foresight, you can avoid some common pitfalls. It is far better to get an agreement right the first time than to try to fix problems later — if they are fixable at all. Don’t be afraid to take a step back and carefully consider all the issues. Once you have the proper agreement in place, you can get back to the fun part: growing your business!

Matthew Engle is an attorney in Lewis and Roca’s Phoenix office. He practices corporate, commercial transactional and franchise law.