“I believe my passion, courage and tenacity coupled with my desire to help those in our community who have been marginalized have been an inspiration for others. “

Rachel Frazier Johnson is an accomplished attorney, a formidable pro tem judge and a successful business owner. Her private law practice, Rachel Frazier Johnson Law, was established in 2013 is still serving the Greater Phoenix area. Prior to founding her own firm, Johnson served the state of Arizona as a senior attorney for the Securities Division of the Corporation Commission and as the managing attorney for the Arizona Attorney General’s Office, Civil Litigation and Advice Section of the Child and Family Division. As a public defender, Johnson represented indigent clients facing serious felony charges, in which role respect, compassion and cooperation were essential to her success.

Johnson is currently in her 18th year of serving as a pro tem judge and appellate judge for the Tohono O’odham Nation. She also serves the state as a member of the Arizona Civil Rights Advisory Board, which addresses pertinent issues that affect Arizona citizens’ civil rights, including interfacing with law enforcement leadership, proposing human trafficking legislation, spearheading sexual harassment education for small businesses and ensuring that disabled Arizona citizens are being accommodated according to the law.

As the executive producer of two theatrical productions, the award-winning Letters from Zora, about the life of literary luminary Zora Neale Hurston, and Dreaming of Harlem Under a High Southern Sky, Johnson’s creativity and love of the arts continues to emerge as an integral part of her life. She is also a producing her first feature film.

Johnson learned the importance of service from her mother and grandparents and is determined to pass on that same rich legacy to those around her. She has volunteered her time and offered her resources in countless ways to ensure a better community for all. Her primary goal in life is to lead by example and to serve others.

As a member of the African American Women’s Giving and Empowerment Circle through the Arizona Community Foundation, Johnson pledges an annual gift, which, pooled with other resources, provides grants to nonprofit organizations that serve the needs of African American women and girls. She remains an active contributor to the organization and has conducted grantee site visits and has served on the Grants Committee to review funding requests.

Johnson is committed to working with the children and families who have been impacted by the child welfare system. She serves on various panels to educate foster parents and relative placements and agency program staff regarding Juvenile Law and the Juvenile Court process. She believes there is a direct correlation between our future as a nation and how we treat our children. Her work and dedication to others as a volunteer, mentor and mother speak volumes about her character and her determination to serve. 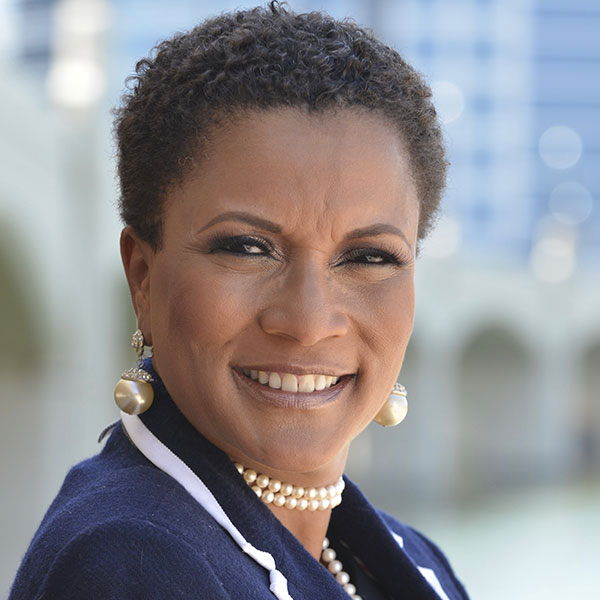