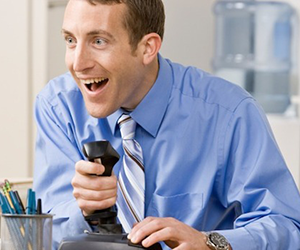 Only 31.5 percent of U.S. workers were engaged in their jobs in 2014, according to a 2015 Gallup poll. A recently released survey from global business gamification leader Badgeville suggests gamification may be a motivator to help overcome this disengagement. The independent survey of more than 500 business workers, ranging from entry-level employees to C-level executives, revealed that only 31 percent of employees are most motivated by monetary awards or increased salary; the other 69 percent more motivated by performing well, feeling personal job satisfaction, receiving recognition on the job, gaining the support of their colleagues and having advanced learning opportunities.

Badgeville’s survey found, not surprisingly, younger generations have greater expectations for their workplaces to utilize gamification as a motivational solution. In fact, nearly three-fourths of survey respondents aged 22-35 years say gamification should be expected in a modern organization, whereas a little over half of respondents aged 36-55 years share the same outlook.

Seventy-eight percent of the workers surveyed were utilizing games-based motivation at work, and a staggering 91 percent reported these systems improved their work experience by increasing engagement, awareness and productivity. Observing, “Employees, especially across younger generations, become disengaged easily, causing low productivity and retention levels,” Badgeville CEO Jon Shalowitz notes that C-level executives and managers at high-performance companies are finding the challenge increasing each year to drive employee engagement and motivation. “Our research shows that game-based motivation can be a powerful solution for today’s top workforce challenges.”

Game-based motivation includes competitions, goal-setting, performance rewards, success statistics and status recognition. Gamification increases productivity levels for 90 percent of workers and increases awareness of co-workers’ goals and tasks for 86 percent. The top benefits of gamification, according to survey respondents, are an increased desire to be at work and engaged (30 percent), inspiration to be more productive at their job (27 percent) or the focus to stay on task and avoid distraction (20 percent).