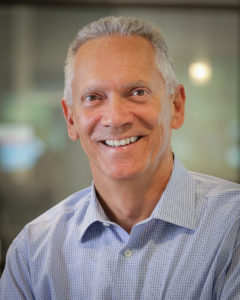 As a young man, Mike Greenawalt was a self-proclaimed gearhead who loved working on cars and hanging out in the metal shop at Sunnyslope High School. He went on to college, but quickly discovered he missed working with his hands and dropped out to start an apprenticeship with the Phoenix Electrical JATC (Joint Apprenticeship & Training Committee) and IBEW Local 640.

“My parents thought I was throwing away my future; they couldn’t understand why I would leave school to become an electrician,” says Greenawalt. “All that changed when I was assigned to help build the Palo Verde Nuclear Power Plant. I would come home with this huge smile on my face because I loved the idea of being part of this incredible project that would power the Valley for decades.”

Greenawalt’s apprenticeship launched a 40-year career that took him across the country building stadiums, data centers, hospitals and solar farms. Today, his focus is on building powerful teams as the new CEO of Rosendin, a $2-billion electrical contracting company with 15 offices nationwide, including Tempe.

“I love driving around town to see all my buildings that shape our skyline, like the Sheraton Hotel and Phoenix Convention Center,” Greenawalt shares. “But what I am really passionate about is using groundbreaking technology to find better solutions that make building and electrical work safer, faster and more efficient. ”

One of his biggest challenges has been the shrinking labor market, magnified by an aging workforce now hitting retirement. In 2012, Greenawalt began developing Rosendin’s technology team in Tempe. He started with just six employees who used Building Information Modeling (BIM) to create 3D models for planning and estimating, but Greenawalt envisioned much more.

Under his leadership and the direction of Fred Meeske, who at the time was the company’s BIM director, Rosendin evolved the use of computer models to streamline prefabrication by providing precise measurements to prep, wrap and ship materials from a temperature-controlled warehouse.

This advanced use of BIM not only saved clients time and money, it fundamentally changed the work on job sites, reducing the demand for labor and creating safer working conditions.

“Mike’s leadership and ability to see the benefits of BIM opened the door for incredible growth and expansion of services across the country,” says Meeske, recently promoted to Electronic Engineering Technology Vice President of BIM. “Thanks to him, this year we opened Rosendin’s Arizona Technology Center to support more than 200 highly skilled experts who use BIM and virtual reality/augmented reality programs to create proprietary designs for commercial and industrial projects coast to coast.”

Rosendin has been recognized as an industry leader in innovation. Still, Greenawalt knows some of the most valuable assets it has are the men and women installing electrical on job sites. His early experiences as an electrical worker exposed him to the reality that pressures to complete jobs on time, and regardless of staffing levels, can lead to dangerous shortcuts and life-changing injuries.

Together, these technological advancements and safety protocols have had significant influence in the electrical industry, winning Rosendin national awards and setting new standards for excellence.

“In the last decade, we’ve driven monumental changes using innovative ideas that always put our employees first. Our challenge now is to convince young people that a career in skilled trades can offer unlimited opportunities to high school and college graduates, whether they want to work with their hands or work in computers,” says Greenawalt.

The high cost of college tuition has left many young adults searching for alternatives, and Greenawalt is counting on Rosendin’s reputation as an industry leader and career builder to attract new talent.

In 2017, Mike Greenawalt noticed severe injuries on job sites linked to new models of portable band saws that were so lightweight, they created unexpected safety risks.

His team created a two-handed band saw with safety features that could not be overridden.

He convinced DeWALT to manufacture the saw, got Rosendin to purchase it, and encouraged DeWALT to make it publicly available to improve workplace safety nationwide. Today, that saw is in full production and available for public purchase.

Rosendin sponsors apprenticeships with the Phoenix Electrical JATC, which include paid, full-time, on-the-job training with health and retirement benefits. Apprentices pay about $10,000 for books and tuition over the four-year program and grants are available. Upon graduation, apprentices become certified journey-level electricians who can earn significant annual salaries and be eligible for an associate degree.