Leadership style does matter. Can a negative leader become a positive leader? 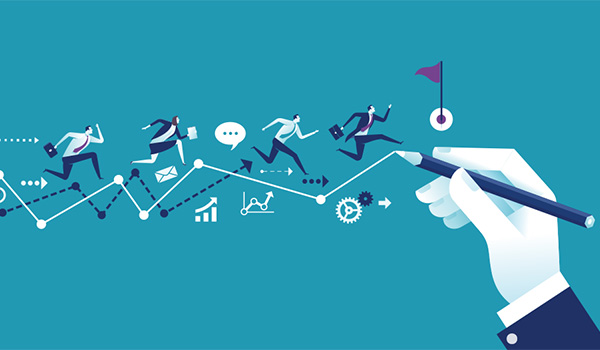 Any business leader will submit that running a world-class organization is no easy feat. It’s challenging to work toward a vision and create a positive future for oneself and one’s team, especially given the challenges, adversity, negativity and tests of all kinds guaranteed to arise along the way. But in the face of these obstacles, one’s attitude makes all the difference in the culture and success of one’s organization. One must choose very carefully.

Research clearly supports the connection between a positive attitude and success in terms of individuals and organizations. For example, Daniel Goleman’s research demonstrates that positive teams perform at higher levels than negative teams.

Also, according to Wayne Baker, research he and Robert Cross conducted (Positive Organizational Scholarship: Foundations of a New Discipline) shows that “the more you energize people in your workplace, the higher your work performance.” Baker says this occurs because people want to be around such a person; he attracts talent, and people are more likely to devote their discretionary time to his projects. They’ll offer new ideas, information and opportunities to this type of leader before others. The opposite is also true — people won’t go out of their way to work with or help those who de-energize others.

Finally, a Gallup study estimates that negativity costs the economy $250–300 billion a year and affects the morale, performance and productivity of teams.

As I discuss in my new book The Power of Positive Leadership, optimism in one’s company starts with its leader(s). Leaders who don’t have it can’t share it. I am not a naturally positive person, but I am proof that you can learn to be positive. I think of myself as a pessimistic optimist. I will always gravitate, naturally, toward the negative. The good news is, pessimism is just a state of mind. It’s not permanent; a person can — and, I argue, should — change it.

The following are seven tips to make the life- and business-changing transformation from a negative leader to a positive leader.

Stop complaining and blaming. A person who is complaining is not leading. Leaders don’t complain. They focus on solutions. They identify problems and look to solve them in order to create a better future for all. Positive leaders don’t attack people; they attack problems.

Don’t focus on current set-backs; focus on a positive goal. Positive leaders lead their team with optimism and vision. Regardless of the circumstances, it’s important to keep pointing others toward a positive future.

Even when Clemson football lost the national championship in 2015, head coach Dabo Swinney believed they would return the following year and kept pointing his team toward a positive future. He didn’t see the loss as a challenge. He saw an opportunity to come back and win it the following year — and that’s what they did.

Lead with love instead of fear. Fear is draining; love is sustaining. Fear divides; love unites. The key to leading without fear is to provide both love and accountability.

Negative leaders provide a lot of fear and accountability, but no love. If a team knows its leader loves them, they will allow him to challenge them. But love must come first. Former CEO Alan Mulally turned around Ford with both love and accountability: Practicing his philosophy of “love ’em up,” and holding the employees accountable to the process, principles and plan, he was able to save Ford and help the economy.

Be demanding without being demeaning. Many people think positive leaders are Pollyanna positive who just smile all the time and don’t care about results. This couldn’t be further from the truth. Positive leaders pursue excellence. They believe in a brighter future, so they take the necessary actions with excellence to create it. They lift others up in order to accomplish their goals, rather than tear them down. They don’t talk at their employees; they walk and run with them.

Connect one on one. The greatest leaders connect with those they lead. Dave Roberts, manager for the Los Angeles Dodgers, is a great example. One day I witnessed a player walk in and say hello. Dave got up and gave the player a big bear hug for about five seconds — the kind of hug a dad would give to his son. I told Dave how great it was that he would give his player a hug like that. He said, “I do it each day, and he often stops by to talk about life and challenges and whatever is on his mind.”

A few weeks later, while watching the Dodgers play the Nationals in the postseason, I watched in amazement as this player hit homeruns in Games 4 and 5 to help the Dodgers advance. It was as if I had a front-row seat to see the impact of what happens when a coach makes the time to pour love and support into one of his players.

Coach Donna Orender is a great example. When she served as commissioner of the WNBA, she saw a lot of negativity amongst those in the corporate offices. There was a feeling that no one cared about women’s basketball and a lack of belief that the organization could be successful. But Orender saw the passion and optimism in the coaches and players, and she believed in them and in the future of the WNBA. She began building an optimistic belief system and inspired her colleagues to believe in the WNBA’s future as well. By focusing on one success at a time, she helped create a new reality for herself and changed the organization from the inside out.

Encourage instead of discourage. Positive leaders are also positive communicators in such a way that they make people around them better and feel encouraged instead of hopeless or discouraged. They also spread positive gossip, listen to and welcome new ideas, and give genuine smiles when they speak. Finally, they are great encouragers who uplift the people around them and instill the belief that success is possible.

One of my favorite phrases comes from the original Olympic “Dream Team” and Detroit Pistons coaches Chuck Daly and Brendan Suhr. It is, “Shout praise, whisper criticism.” Shout praise means to recognize someone in front of his or her peers, and whisper criticism means to coach a person to get better. Both build better people and teams.

There is a power associated with positive leadership. Even people who naturally lean toward a negative outlook can make a few changes that will inspire momentous change in their own career success as well as in the success of their team. Those who lead with optimism and share positive energy with others will transform the negativity that too often sabotages teams and organizations.

Jon Gordon’s newest book is The Power of Positive Leadership: How and Why Positive Leaders Transform Teams and Organizations and Change the World. His best-selling books and talks have inspired readers and audiences around the world. His principles have been put to the test by numerous NFL, NBA and MLB coaches and teams; Fortune 500 companies; school districts; hospitals; and nonprofits.

Gordon has also written numerous bestsellers, among them The Energy Bus, You Win in the Locker Room First and The No Complaining Rule; has been featured on Today, CNN, CNBC and other TV outlets, as well as numerous magazines and newspapers. Principal with The Jon Gordon Companies, he is a graduate of Cornell University and holds a master’s in teaching from Emory University.