“As a professional woman in a historically male-dominated field, I believe many look to me as an example of progress they desire for career success.”

Jeri L. Williams was appointed police chief of the Phoenix Police Department in October 2016. She leads the largest police agency in the State of Arizona, which is responsible for providing law enforcement services to the fifth most populous city in the country. Chief Williams oversees a staff of nearly 4,000 employees and manages an annual operating budget that tops $700 million.

Under her leadership, the Phoenix Police Department is advancing a number of progressive strategies essential in contemporary law enforcement. This includes a focus on community engagement and professional standards. In 2017, she worked with the Greater Phoenix Chamber to establish the Blue Business Council, which continues to serve as a collaboration with business leaders dedicated to working with the Police Department on sustainable opportunities. She has also built lasting relationships with various business leaders and associations, such as the National Association of Women Business Owners and the Biltmore Area Partnership.

Chief Williams values her role as a wife and mother more than anything else in her life. The Williams family has been in the public eye for a number of years thanks to their commitment of service in her hometown. Her husband, Cody Williams, serves as a Maricopa County Justice of the Peace in the South Mountain Justice Court. Her son Alan is a professional basketball player and her son Cody is growing his career with the Phoenix Fire Department. 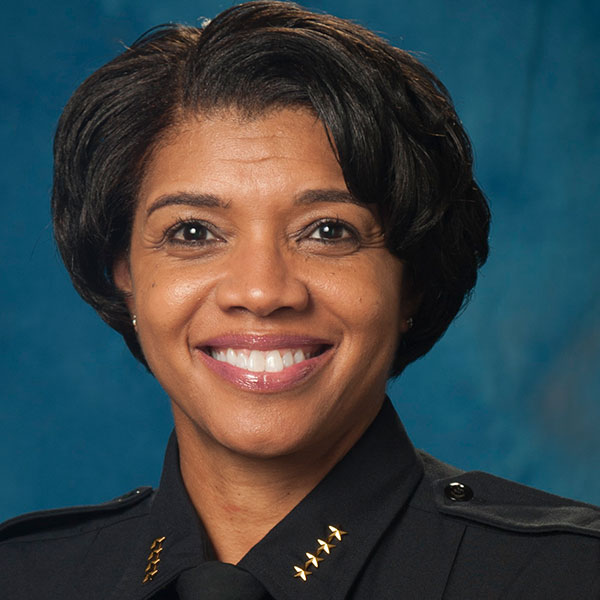