How Prepared Is Your Company for the Next Global Crisis? 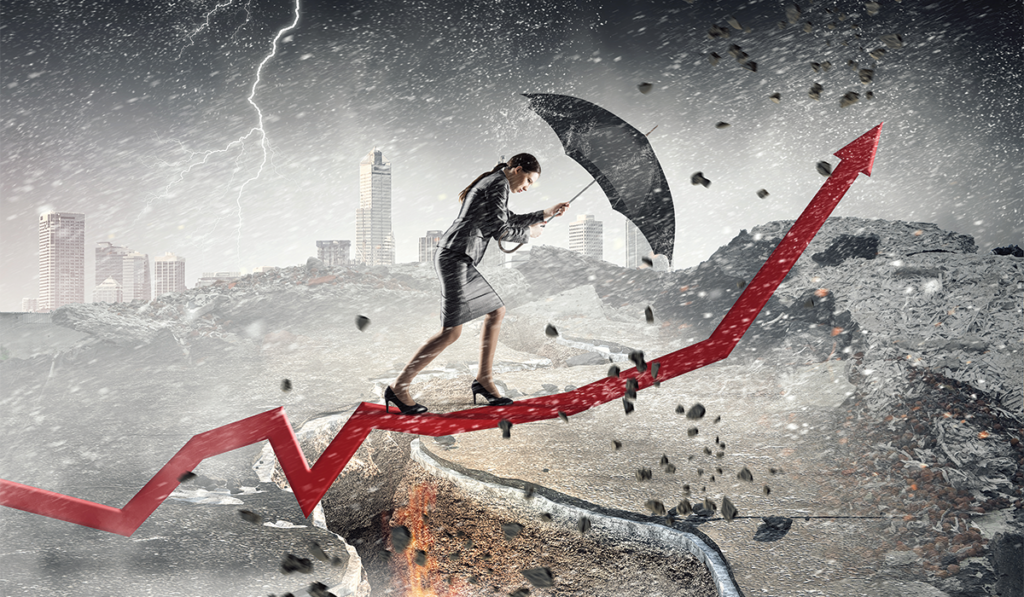 We all wanted to think the worst was over — that those early pandemic days of stress and uncertainty were behind us and our companies could get back to normal. But with COVID cases rising and new global lockdowns just announced — and some companies re-thinking return-to-work plans — it seems that normal may be distant dream.

From now on we can expect one disruptive crisis after another.

Eventually, trauma will impact your company. It’s not if; it’s when — and the when is sooner than you think. COVID is the most obvious example, but it’s not the last. We all face a new era of uncertainty, and we need to be prepared to handle it.

Pandemics aren’t the only business disruptor. Not by a long shot. Over the past few decades, organizations have been rocked by technological shake-ups, shifting consumer habits and political and social unrest, not to mention internal upheavals like harassment, violence, scandal and more. That’s why careful preparation is a must.

Organizations that will stand the test of time are those that put a plan in place to deal with the kinds of disasters that could create traumatic stress in their people and destabilize their culture.

What does such a plan look like? While it varies from company to company, and is too comprehensive to describe here, here are a few of the “must haves.”

Get a firm grasp on the difference between “trauma” and “stress.” While stress upsets our balance in the moment, we still maintain a feeling of control over our lives. Most of us deal with routine stress daily and are able to manage it (up to a point, anyway). Trauma, on the other hand, overwhelms our self-protective structure and sends us scrambling for survival. It leaves us vulnerable, helpless, groundless. It shatters our sense of safety and security and changes how we look at the world. And unaddressed, it can result in long-term harm.

Launch a Rapid Response Process the moment a crisis occurs. Think of this as a “Code Blue.” It’s a standardized, preplanned approach for dealing with disruption. Getting one in place helps everyone know exactly what to do so that decisions can be made quickly, efficiently and with a focus on safety. Here are the components to focus on:

Gather the Rapid Response Team. Businesses should appoint people to this team before a crisis happens and make sure they know their respective roles. It should include all senior leaders and leaders of key functions such as operations/logistics, security, finance, HR, communications/PR facilities, etc.

Allow the leader in charge to delegate. There needs to be a central commander to manage response activities such as assigning personnel, deploying equipment, obtaining additional resources, etc. This leader must be fully present, visible and available in the heat of crisis.

Have the team report to the command center. This is a pre-determined location (physical and/or virtual) for monitoring and reacting to events. Businesses should also select a CODE WORD that puts the Rapid Response Process into action.

Gather relevant information. In a crisis it’s critical to centralize information, facts and data. What’s known? What isn’t known? The goal is to organize and coordinate response activities, ensuring that the most pressing needs are met and that resources are properly allocated.

Promote a unifying message. It is vital to deliberately shape and disseminate a message of unity. Businesses must make sure their message is one of “we are all in it together.” This helps people transcend the impulse to split into factions.

“Name, claim and frame trauma” from the onset. This helps everyone understand what is happening to individuals and to the group. It gives us the language to talk about it so that everyone is on the same page. It helps people say, “Aha, this is why I am feeling so bad!” And it gives everyone permission to finally seek real help.

Know the “red flags” of traumatized employees. When people are traumatized, they experience the “fight, flight, freeze” survival response. This is the body’s natural response to danger that enables us to defend ourselves or flee to safety or freeze as a means of survival (much like playing dead in the animal kingdom). Fight, flight, freeze can manifest in different ways. Some people might become hostile, belligerent, aggressive or otherwise “difficult” — often seemingly without adequate cause. Others might cling to their “competence zone,” blindly doing what they’ve always done even though it no longer works. People dig in and resist change. Or they may insist they are “fine,” even when it is clear they are struggling.

Meanwhile, leaders may behave in distinctively un-leaderly ways as well. They might hide out in their office instead of jumping into action, or else make rash, knee-jerk decisions when they were previously known for levelheaded steadiness.

Get super focused on communication. (Think: “VITAL.”) In times of crisis, employees need frequent, real-time, transparent communication more than ever. The acronym “VITAL” will help people remember the tenets around communicating in the aftermath of trauma:

Visible. Leaders must be highly visible and take the lead in communication. Don’t hide behind a spokesperson. Communicate quickly and clearly to reduce ambiguity.

“In it Together.” Double down on messages connected to teambuilding, camaraderie, purpose. Acknowledge fears and worries as normal. Let people know what to expect.

Transparent. Align leadership in how they see the external environment and make sure everyone agrees on what “success” looks like so messages are cascaded consistently. Don’t create voids by waiting to communicate. Tackle rumors head on. Share bad news the minute it’s received.

Accessible. Use all modalities (video, email, intranet, text, town halls, etc.) to convey messages from the senior leader. Have a central repository/FAQ where people can get info and ask questions between regular communication sessions.

Listening. Ask questions and leave room for inquiry. When listening, stop talking. Leaders must resist the temptation to listen just for what they want to hear (leaders’ job is to hear and deal with the hard stuff, too).

Leverage the power of the 4th “F.” People already know about the Fight/Flight/Freeze response. But there’s a lesser known “fourth F.” This stands for friend. It represents the bonding that occurs in response to trauma due to the presence of oxytocin (the “love” hormone that fuels friendships). This hormone causes people to bond in the aftermath of trauma. If leaders can leverage this camaraderie early on, it can bring the entire organization together. However, if they fail to do this, the fourth F can work against the organization as individuals bond with likeminded co-workers and end up splitting into factions. People begin to question other peoples’ motives and start taking sides. This division can lead to deep polarization.

Use “both/and” to stop post-trauma polarization. When a traumatic event occurs, opposing views can divide the organization. People believe the right course of action is either “A” or “B.” They see themselves as right and the other side as wrong. Leaders succumb to pressure and choose one option over the other (say, Choice A). When the downsides of that action appear, they reverse courses and go to the other extreme. Naturally, the downsides of Choice B then appear … and leaders swing back to Choice A. With every swing of the pendulum, division deepens. This is incredibly damaging to an organization’s culture.

A “both/and” mindset helps us manage polarization. Instead of approaching issues with an either/or mentality, organizations can leverage both sides of these polarities with a both/and approach. The idea is to maximize the effects of both sides and minimize the downsides of each. For example, in a crisis, effective leaders can both take charge and build consensus. They can be direct and candid and diplomatic and tactful.

It actually is possible to recover and go on to thrive in the aftermath of trauma. But it’s a process — and the process starts long before the disruptive event occurs. 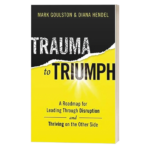 Diana Hendel, Pharm.D., is the co-author of Trauma to Triumph: A Roadmap for Leading Through Disruption and Thriving on the Other Side (HarperCollins Leadership, March 2021) and Why Cope When You Can Heal?: How Healthcare Heroes of COVID-19 Can Recover from PTSD (Harper Horizon, December 2020). Dr. Hendel is an executive coach and leadership consultant, former hospital CEO and the author of Responsible: A Memoir, a riveting and deeply personal account of leading during and through the aftermath of a deadly workplace trauma.

Mark Goulston, M.D., FAPA, is the co-author of Trauma to Triumph: A Roadmap for Leading Through Disruption and Thriving on the Other Side (HarperCollins Leadership, March 2021) and Why Cope When You Can Heal?: How Healthcare Heroes of COVID-19 Can Recover from PTSD (Harper Horizon, December 2020). He is a board-certified psychiatrist, fellow of the American Psychiatric Association, former assistant clinical professor of psychiatry at UCLA-NPI, and a former FBI and police hostage negotiation trainer. He is the creator of Theory Y Executive Coaching that he provides to CEOs, presidents, founders and entrepreneurs, and is a TEDx and international keynote speaker.

Mark Goulston, M.D., FAPA, hosts the “My Wakeup Call” podcast, where he speaks with influencers about their purpose in life and the wakeup calls that led them there, and is the co-creator and moderator of the multi-honored documentary Stay Alive: An Intimate Conversation about Suicide Prevention.

Organizations that will stand the test of time are those that put a plan in place to deal with the kinds of disasters that could create traumatic stress in their people and destabilize their culture.