And takes opportunity during the pandemic to grow AZP Multifamily 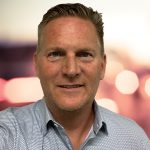 Darren Rawson is a leader who thrives on disruption.

“For better or worse, I’ve often sought it out,” says Rawson, president of Phoenix-based AZP Multifamily, a leading maintenance and parts supplier to the multifamily industry. “You could say I’m a bit of a volatility junkie.”

To wit, Rawson once guided a team transitioning a company through bankruptcy and spearheaded another business launching in 18 countries over 18 months. He even once relocated to Moscow to lead a Russian oil/gas supply startup.

Although he’s made a career out of pursuing unpredictable situations, Rawson is quick to note he doesn’t try to cause any. “Rather,” he says, “I try to identify and create opportunities from it.”

For one, he listens first, then asks questions.

“I try to be open, curious, engaging and direct,” he says. “I add the most value by encouraging everyone to be innovative and find new ways to do business.”

When Rawson became president of AZP Multifamily in January 2020, it didn’t take long for an unprecedented form of volatility to rear its head.

“Initially, I thought I’d only be dealing with the volatility related to growth,” Rawson says. “Of course, a few months in, COVID changed that.”

Despite the pandemic, which manifested a special brand of uncertainty, Rawson remained focused on AZP’s growth goals. “We’re in a fascinating and opportunistic time for our business,” he says, noting that, due to the company’s size, growth really was the only option to remain competitive in an industry increasingly dominated by a duopoly of big-box stores.

As the industry has consolidated, HD Supply (owned by Home Depot) and Lowe’s have leveraged their size to dictate terms and conditions with customers and suppliers, Rawson says. That created an opportunity for AZP to carve out an identity as a viable third-party option.

“If we don’t grow, we’re at risk. But if we grow, we can be something relevant in a space that’s looking for something different and specific to their unique needs,” he says. “We have a massive opportunity to be the best multifamily-focused service provider, giving customers options specific to their properties that they don’t have with the big guys.”

Those options include not only well-stocked warehouses but an emphasis on differentiated and local services that meet customers’ unique needs rather than a cookie-cutter, big-box approach. Additionally, AZP offers value-add services and construction solutions that help property owners keep apartments up to date and generating revenue. AZP’s biggest competitive differentiator, though, is its multifamily focus and expertise.

More than two years into Rawson’s time at the helm, AZP is making progress on that goal. At the end of 2019, AZP generated $67 million in revenue. By the end of 2021, that number grew to $109 million. During the same period, AZP grew to 13 locations across the country and made two acquisitions as it pushes to reach an ambitious goal of generating half a billion dollars in revenue.

“For me, we’re a $500 million company in five years,” Rawson says. “At that level, we can’t be pushed out of the market; we have to be reckoned with.”

Of course, companies don’t just go from $67 million to $500 million in sales without a few challenges and changes. The most critical piece required reshaping company operations and culture. To accomplish that requires the right people. “The only way to execute on any type of organizational change is with the right people,” Rawson says, adding that about half his management team is new since he joined AZP.

The Confidence to Do Hard Things and Succeed

Another big challenge was breaking out of the mold of a smaller company and instilling confidence throughout the organization that they deserved to play on a higher level.

“Until you make the decision to pursue something you haven’t before, it may not seem like a possibility,” Rawson says. “But oftentimes, it’s about looking at the world a different way and having the confidence to do hard things and succeed.”

The key is to build a belief system around achieving big goals. As a result, Rawson created a dedicated business development team and began emboldening his sales associates to bring AZP’s message to bigger companies and potential clients.

“The business development efforts will be the big driver to $500 million,” he says. “We may not get every big customer, but we will get enough to change our revenue and allow us to really shine.”

Rawson once moved to Moscow for several years to lead an oil/gas supply startup. After generating only $200,000 in revenue over the first two months, he learned the importance of listening to his Russian colleagues and understanding their culture. By the end of three years, the company brought in $42 million in sales.