Communication Tips to De-escalate Conflict in the Workplace

Strategies for leaders to use with others – and themselves

It’s inevitable. No matter what kind of work environment you’re in, there will be conflicts. The key to managing interpersonal conflicts in a workplace setting lies in the communication skills you use to defuse the situation and de-escalate people when things get heated.

Everyone handles conflict differently. Some shy away, avoiding a confrontation at all costs. Others face it head on, sometimes with too much abrasiveness. Conflict in the workplace can be a distraction, limit productivity and, potentially, lead to more serious workplace conflicts down the line. For me, conflict is a distraction, so I prefer to nip it in the bud as quickly and directly as possible. But not everyone thinks like me, which is something I always have to keep in mind, especially in the midst of a conflict. It is up to the leader, whether directly involved in the conflict or not, to help mediate and reach a solution to the best of his or her abilities. With that in mind, here are some tips for leaders to follow when they find themselves in the midst of a conflict:

Take a step back. Once a leader has become aware of a conflict and has gathered the information, the first thing to do is step away from it. Not for too long — just long enough that it’s not super-fresh in his or her mind. This is especially key for those who may be directly involved in the conflict. For me, that freshness has often led to rash decisions I’ve made that were rooted in too much emotion.

The stepping away can be accomplished by trying to get a little work done, meditating or reading something — the goal being to dull the initial sting of the issue. Those who can’t focus on something else could try writing down the details of the conflict. This may not sound like taking a step back but, at the very least, putting things down on paper can be cathartic.

Practice empathy. This can be hard when one is directly involved, but it is important to practice empathy during a conflict. Leaders should really try to put themselves in everyone’s shoes and see things from where others are standing — even if it’s the leader, himself, with whom they’re upset. Trying to see the situation through the eyes of someone who is upset with me forces me to confront some of my weaknesses or shortcomings. Though this can be painful, knowing this information ultimately helps me avoid similar conflicts in the future, and is, of course, key to personal growth in general.

Even if there is a sense that one person is more “right” than someone else afterward, trying to understand everyone else’s feelings and motivations will help leaders figure out where the content truly lies and, therefore, how best to approach it.

Evaluate the implications. Sometimes, when a conflict arises, it’s the result of a bigger or more serious one. Maybe a current disagreement over deadlines actually points to a pattern of tardiness, or there’s one employee who seems to be at the center of a number of workplace issues. If that’s the case and something bigger is brewing, the leader’s approach should be different from what it would be for a one-off incident. The leader will need to gather more information and perhaps talk to other people before beginning the problem-solving process. It’s important to understand the context and stakes before starting to talk to the people involved. A long-term problem requires a long-term solution. And speaking of that …

Take preventive measures. Once a conflict is resolved, it’s important to reflect and figure out how to avoid anything similar in the future. Conflict often impedes productivity, so the more one can prevent it, the better off everyone will be. This is another instance when writing things down comes in handy, even if it’s just for one’s own records. When doing so, it’s important to try to be as objective as possible, continuing to consider all sides. What led to the issue? What was the central issue? How was it resolved? Each conflict can be a learning experience for both the business’s leadership and the employees.

Avoid playing the blame game. Resolving conflict is a great opportunity to help improve a situation and, ultimately, offers a way to create healthy relationships at work. It’s important, when one is in the heat of the moment and experiencing conflict, to avoid saying, “None of this is my fault.” By not taking responsibility for their part of the problem, leaders are not being resourceful in finding ways to improve the situation and mend the relationship.

Avoid the need to be right. Leaders who think they have to win every argument or discussion are losing the chance to develop a stronger and more honest relationship. Of course, no one likes the feeling of being accused of being wrong, even if they are wrong. However, the need to be right all the time usually stems from a lack of self-confidence. Leaders who find themselves in a discussion of “I’m right and you’re wrong” should try to see the humor in the situation, which goes far to de-escalate any conflict.

Don’t attack someone’s character. Lobbing a character attack is one of the quickest ways to destroy a relationship. Declaring that another person is lazy, inconsiderate or dishonest will only lead to hurt feelings and, perhaps, retaliation with no chance of improving the situation.

Don’t avoid conflict. Since conflict is sometimes unavoidable, trying to avoid it when it already exists can result in serious consequences. Keeping things bottled inside when a problem arises will not only cause anxiety but offers the leader little chance of finding a solution. By speaking and communicating about the cause of the issue, leaders are opening up the lines of communication, which then opens the door for negotiation. If problems are left to simmer rather than being addressed in a calm and respectful manner, they can easily escalate into heated arguments that may cause irreparable damage to an otherwise salvageable relationship.

Workplace conflicts can and do happen. By taking the appropriate course of action, it’s possible to resolve professional issues and create a more harmonious place to for all employees. 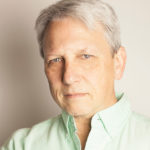