How a Breach of Trust Can Propel You Forward

by Drs. Dennis and Michelle Reina 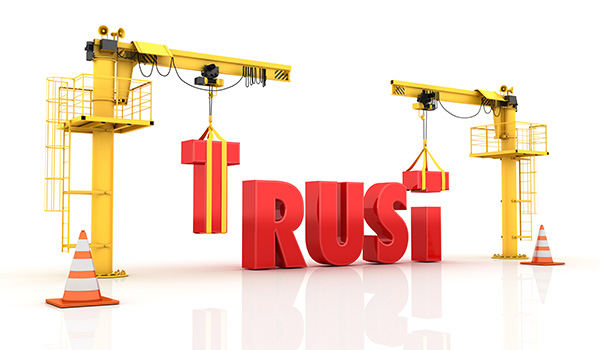 It is a critical planning time of year. Your senior leadership team needs your analytical skills tuned in to improving not just capital growth but the systems underpinning that growth.

What happens when the system in need of improvement is behavioral?

In the September edition of In Business Magazine, Tyrone Benson, Ph.D., quality and reliability research and development engineer, says a leadership imperative he learned during a recent Valley Leadership Institute session was “being authentic and bringing our whole selves to the task.” Another core leadership responsibility learned was to make sure people “are aligned and speaking the same language.”

Which begs the question: What can you do when people aren’t bringing their whole selves to work and aren’t aligned and speaking the same language? When communication and relationships have broken down, and, along with them, trust?

Look for yourself in this story of another business leader. He’d been hired to turn around a troubled engineering division, and discovered the core issue was breached trust. Pinpoint specific actions this business leader took that you can take in your own team, in your own company.

A $30 million financial systems initiative designed to create operational efficiencies companywide was on the brink of collapse. Not only was the $30 million at risk, but so were tens of millions in potential long-term benefits.

The core issue? Relationships within the division had deteriorated. Engagement scores had dropped three years in a row. This decline corresponded to information hoarding, jockeying for position, passive-aggressive posturing, finger pointing, and gossiping. Missed delivery dates put the initiative over budget and behind schedule.

Something had to be done.

Step 1: Identify where trust stands. What do engineers thrive on? Data. The lead engineer and his team took a bold step to measure the level of trust inside the division. They pinpointed relational dynamics that were making trust vulnerable; behaviors and paradoxes that were causing employees to disengage and miss project delivery dates.

An example of one such paradox: While leadership respected employees, the employees themselves felt micro-managed. Therefore, rather than initiating action, they waited for leadership to tell them what to do.

The lead engineer and his team also discovered where trust was strong and could be leveraged.

Step 2: Encourage self-awareness. Ninety percent of the time trust gets compromised in a workplace it’s through small, subtle, unintentional behaviors. Yet, the impact of those behaviors adds up.

The lead engineer and his team led the way in gaining awareness of how they — unwittingly and unknowingly — were breaking down trust through their daily behaviors. Instead of positioning themselves as behavioral experts, they exhibited a collegial approach: “We’re in this together, and learning along with you.”

They learned to serve as role models — practicing specific trust-building behaviors. Through courageous transparency, they encouraged their people to deepen their own awareness around how their own behaviors impacted trust.

Step 3: Extend compassion. Trust work is a process. When people made mistakes or fell back into trust-breaking patterns of behavior, the lead engineer led the way in extending compassion. Over time, leaders and employees throughout the division developed a habit of forgiveness. Instead of pointing fingers or laying blame when things veered off course, they pitched in to give each other a second chance and to co-create solutions.

Step 4: Keep trust front and center. Paying attention to relationships and trust when $30 million is on the line can be challenging. When business pressures closed in, the lead engineer and his people had to tap their conviction to trust — their conviction to one another, their relationships, and to rebuilding a healthy, high-trust culture that would produce results.

What did this transformation mean pragmatically? Instead of doing things like hoarding information and criticizing others unfairly, people shared information and gave feedback that was constructive and actionable. They knew what was expected of one another, and acted upon this knowledge with speed and in good faith. They cared.

Within one year: For the first time in years, engagement scores rose — by 25 percent.

Within 18 months: The $30-million initiative — along with its tens of millions of dollars in potential long-term benefits — was back on schedule. Deliverables were produced. Deadlines were met.

More importantly, people discovered a renewed commitment to one another and teamwork. A genuine sense of collaboration emerged.

What are areas in your company in which breakdowns in relationships are diminishing work speed or quality? What conversations around trust can you begin?

Michelle Reina, Ph.D., and Dennis Reina, Ph.D., are co-founders of Reina, A Trust Building Consultancy and co-authors of Building Effective Relationships in Your Organization (Berrett-Koehler Publishers, 2015). Through rigorous, research-based assessments and a compassionate approach that recognizes the human aspect of trust, the Reinas take the guesswork out of trust building in the workplace.